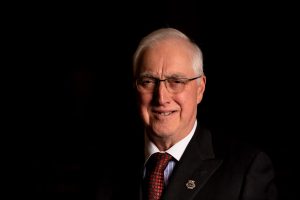 Capt. Clarkson is currently a certificated master mariner both UK and Canada having sailed in the British Merchant Navy on worldwide trade routes and in Canada’s Merchant Marine on the three coasts as mate and master on tankers, cargo ships, containerships and government survey ships, which included navigating the Northwest Passage from Victoria to Halifax. In addition, he served with the Canadian Naval Reserve as a senior maritime surface officer on various naval reserve vessels up to commanding officer (CO) and as CO of Harbour Defence Unit 2 assisting in developing the initial harbour defence concept of operations with the United States.

He had an extensive career with Transport Canada (TC), having served as marine surveyor, inspector, examiner of master and mates, Head Nautical Marine Examiner for Canada, and Director Marine Personnel Standards and Pilotage in Ottawa. He fostered ties with the national Pilotage Authorities, the Shipping Federation of Canada, the Canadian Shipowners Association, the Chamber of Shipping of British Columbia and the Council of Marine Carriers to bring about regulatory changes through consultation. He brought about changes to the new Marine Personnel Regulations for the west coast marine industry and was also the Head of Delegation for Canada to the International Maritime Organization (IMO) for the subcommittee on Standards of Training, Certification and Watchkeeping for Seafarers (STCW). In addition, he brought into place the new passport style certificate of competency, the pilotage risk assessment program, and put in place the seafarers medical program required by international convention.

After his work with TC he became an Associate Dean at the British Columbia Institute of Technology (BCIT), and Head of the Marine Campus (BMC) in North Vancouver. There, he directed a redesign of the strategic direction enabling the campus to dramatically increase its service to the marine industry while also creating significant revenue generation.

Before retirement, was appointed by the federal government as a full-time Member of the Transportation Safety Board (TSB) of Canada in Ottawa, where he and the other Members reviewed and approved for release all air, rail, marine and pipeline accident/incident investigation reports.

He was recently appointed by the federal government to a part time position as the Marine Technical Expert to the National Energy Board (NEB) for the Trans Mountain Pipeline reconsideration.

Capt. Clarkson has extensive knowledge of regulatory creation, government process, administration, and the marine regulatory structure as how it affects the transportation industry. 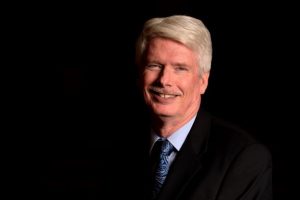 Growing up at Copper Cove and living in West Vancouver for much of his life, Don Prittie began his lifelong love affair with the ocean and all things related to boating as a young person. Starting as a dockhand at Sewell’s Marina in Horseshoe Bay, Prittie’s career has had him working in a number of magnificent locations up and down the BC coast. He worked for many years as the Manager of Young Life’s Malibu Club in Princess Louisa Inlet, then April Point Resort and Marina on Quadra Island, a brief stint as Executive Director of S.A.L.T.S. Sail and life Saving Society, followed by being named Senior Vice President – Operations of the Oak Bay Marine Group in Victoria. Prittie is currently General Manager of Canoe Cove Marina & Boatyard in North Saanich.

His volunteer experience includes being the current President of Boating BC (formerly known as the BC Marine Trades Association), a director of Discover Boating Canada, a member of Victoria Esquimalt Harbour Society and their representative for the Victoria Cruise Industry Alliance. Prittie served as one of the founding directors of the Greater Victoria Harbour Authority for ten years, the last four of those years as Chair of the Board. His leisure time sees him travelling or re-building his ex- commercial fishing boat and getting out on the water. He lives in Victoria with his wife Janice and has three adult children. 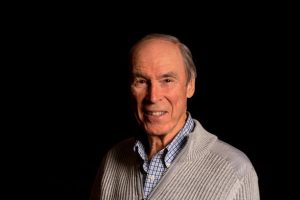 Alan was raised in Victoria and graduated from Oak Bay High School. Alan studied at Victoria College, London School of Economics and Queen’s University where he received a Master’s Degree in Canadian History.

Alan served seven years as a Sub-Lieutenant and Lieutenant in Pacific Command with the RCNR and was employed for 32 years at Capilano college as a Senior Administrator including the role of Executive Director of Planning and Development that included responsibilities for all physical capital development projects from land acquisition, through negotiating with senior government for capital facility and equipment approvals for 70 million dollars of capital construction.

Alan and his wife are retired and living in Victoria 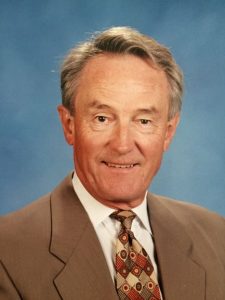 Mark has a long time passion for things maritime, inspired in no small measure by the children’s books, ‘Swallows and Amazons’ and the rest of the sailing adventure classics written by Arthur Ransome.

He has always been engaged in recreational boating, from teaching canoeing at summer camps, racing on the 8 metre, ‘Conewago’, cruising Lake Ontario on his Folkboat, ‘Nancy Blackett’ to his present stewardship of the 1973 wooden Grand Banks trawler, ‘Sea Star’.

Mark is a CPA, CA and his work history has focused on performing arts administration. He has been responsible for finance, operations and development at Roy Thomson Hall, the home of the Toronto Symphony Orchestra, and also at the Calgary Centre for Performing Arts, (Arts Commons), home of the Calgary Philharmonic Orchestra and three theatre companies. At both the Toronto and Calgary venues, Mark was part of the commissioning team, and then stayed on for operations.

With this back ground, Mark is well versed in the realm of arts organizations, including fund raising from governments and patrons, facilities development and the critical importance of securing ongoing operational funding.

Highlights of his volunteer work include serving as a director of the Canadian Country Music Association, a trustee of the Maritime Museum of BC Foundation and President of the Duncan Cowichan Chamber of Commerce.

Mark lives in a seaside cottage in Genoa Bay, along with his wife, Kathy, who is an accomplished mariner, and is responsible for ad sales and promotions for Pacific Yachting magazine on Vancouver Island. 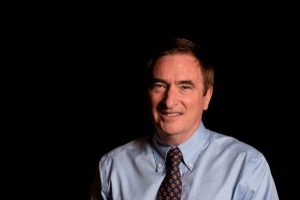 Ian was born and raised in Ottawa then educated in Toronto and later Victoria. He is a seaman, Master Mariner, who went to sea for over 15 years on various cargo ships/ tankers and later worked with the Canadian Coast Guard Search and Rescue aboard ship. He has owned half a dozen businesses over the years. Ian owned and operated a small, 1500 ton coastal freighter in the Philippines for four years. For 12 years he worked as a consultant for the U.S., Philippine, and Norwegian governments in the Philippines doing port and shipping feasibility studies.

Ian still owns a crewing agency in Manila that places about 500 Filipino seamen of all ranks on cruise ships worldwide. He presently owns and operates a small restaurant in Victoria as his principal activity.

Rhian was born and raised on a boat on the BC Coast. She has worked on various vessels locally and internationally and has been with the Canadian Coast Guard for 15 years. Working from deckhand up to Officer of the Watch, Rhian is currently the Fleet Operations Officer at the Regional Operations Center. Having spent most of her life on the BC Coast, maritime history has always been a big draw, and she looks forward to being part of the Maritime Museum. 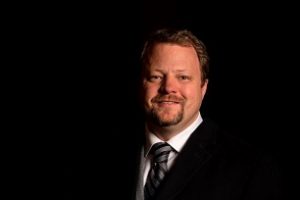 Darren was born and raised on Vancouver Island and is a graduate of Brentwood College, and completed his undergraduate degree and law degree at the University of Victoria. Darren was a commercial fisherman until the age of 29 and continues to be involved with his family’s fleet of six fishing vessels.

Darren has been a practicing marine lawyer for 18 years and owns and manages League and Williams, a law firm with 23 staff and lawyers that provides litigation, business and estate planning, and real property and marine asset conveyancing services and provides advice to a wide range of maritime and other businesses, including all levels of government and NGOs on local and international maritime matters.

Darren is currently a Director for the Canadian Transportation Law Association and is also a voting member on the Canadian General Standards Board Committee on Marine Lifesaving Equipment.

Robin was born and raised in Victoria and holds a Bachelor’s Degree in Earth, Ocean and Atmospheric Sciences from the University of Victoria. Robin works for the Regional Office of Environmental Coordination with Fisheries and Oceans Canada as well as with the Canadian Coast Guard assisting them with their environmental needs during project planning and implementation. 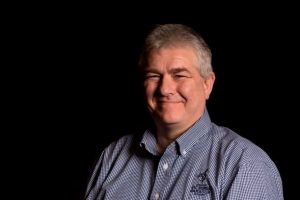