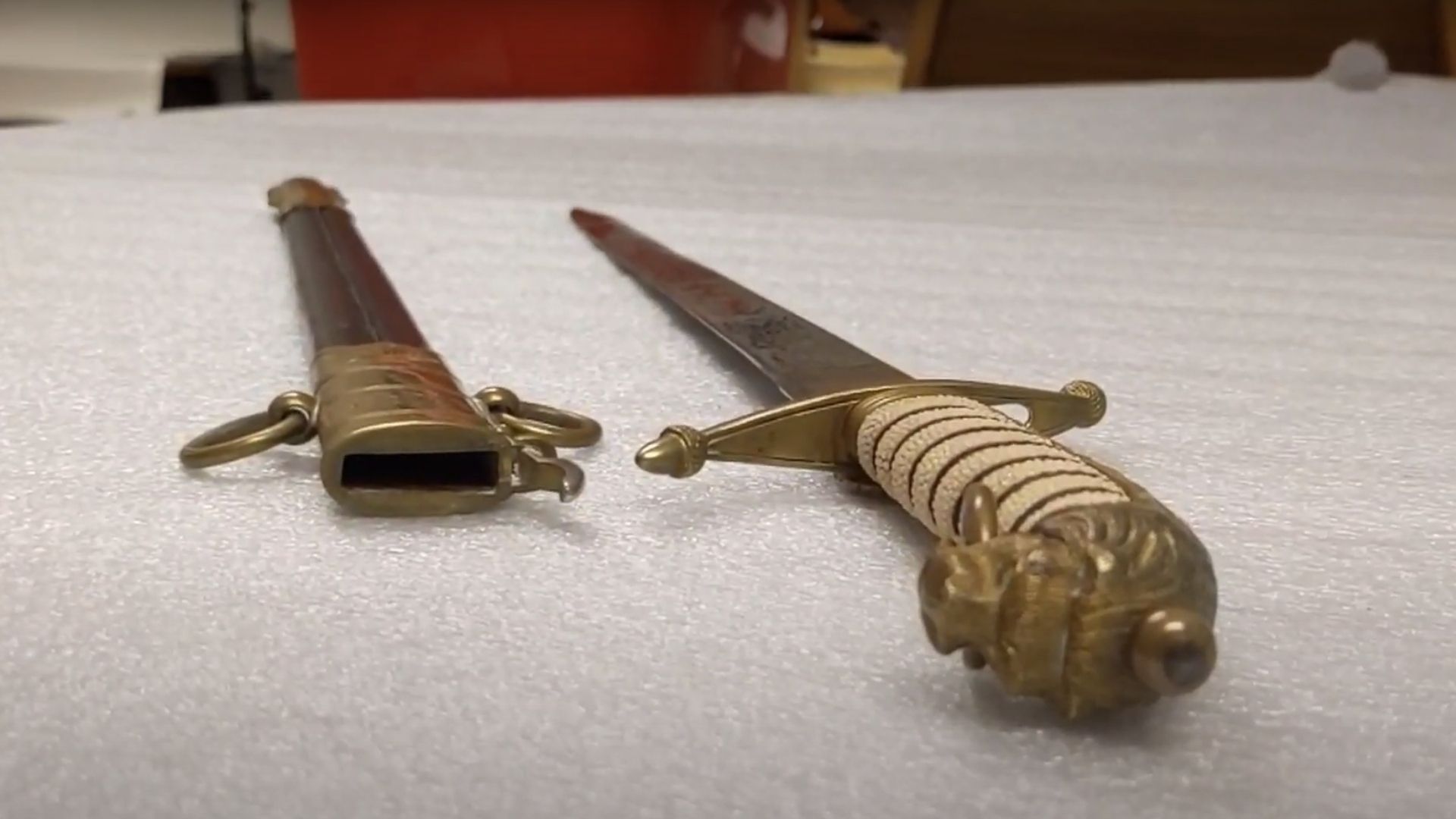 A naval midshipman’s dirk and scabbard. A dirk is a type of bladed weapon, quite similar to a dagger or sword. It’s kind of in between the two. For a naval midshipman, it would have been more of a ceremonial object. The scabbard is used to sheath the blade, so that it can be transported safely, and to protect it. This dirk was made during WWI, so it is over 100 years old. It was manufactured between 1915-1918. It was owned by Lieutenant William McKinstry Maitland-Dougall of the Royal Canadian Navy. His initials, WMD, are engraved on the scabbard. The handle is made of ivory with golden wire wrapped around it. The blade is steel with a floral pattern. This object was actually stolen from the Museum sometime in 1972. It was returned by the thief’s widow in 2019.