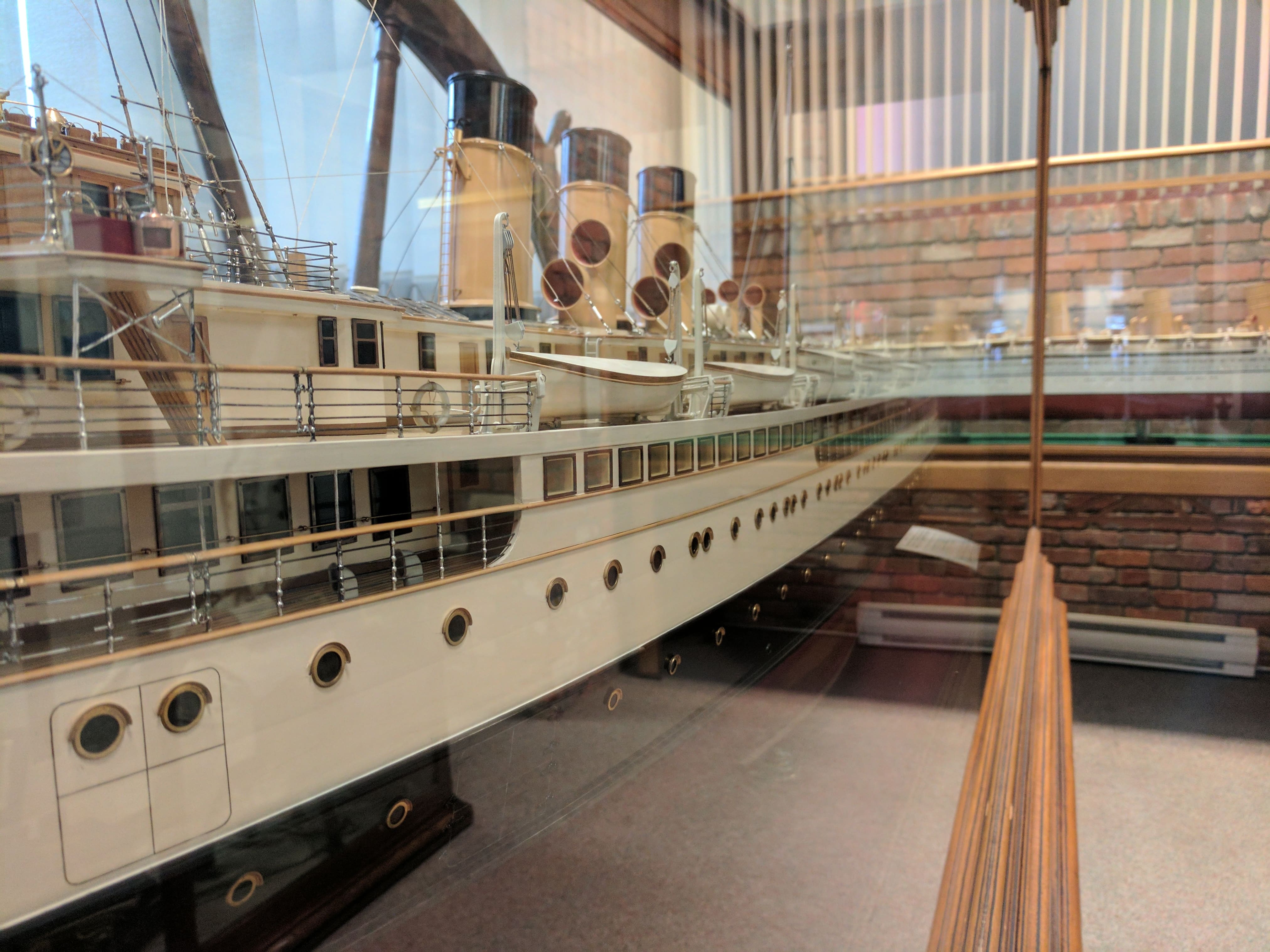 The Canadian Pacific Railway (CPR) Company completed the first transcontinental railroad across Canada in 1885, physically linking Canada’s colonial centres in the east with its relatively undeveloped colonial west. Shortly afterward, CPR was operating fleets of transpacific and transatlantic steamships, transporting people, cargo, and mail across the oceans. On British Columbia’s coast, the Steamship Terminal in Victoria’s inner harbour became the main hub for steamship transportation, and ultimately became known as the “gateway to Western Canada”. At the height of the Steamship era, luxurious Prince, Princess and Empress steamship lines dominated the BC’s coast and their influence can still be seen in the province today.

One of the most notable steamships featured in this exhibit is the SS Princess Sophia – the largest marine disaster on the Pacific Northwest Coast, which met its demise one hundred years ago, when it struck Vanderbilt Reef off the coast of Alaska. The ship was on its way south, as a passenger liner along a key route that connected remote communities in BC, Yukon, and Alaska. The vessel remained grounded on the reef for forty hours in rough seas and raging blizzard conditions before slipping off the rocky outcrop into its watery grave, taking all human life on board with it. Learn more about the tragedy and the lives of the passengers and crew inside the exhibit, through an interactive digital ship model and documentary, produced by the Maritime Museum of BC. Before and after your visit, be sure to check out princesssophia.org.