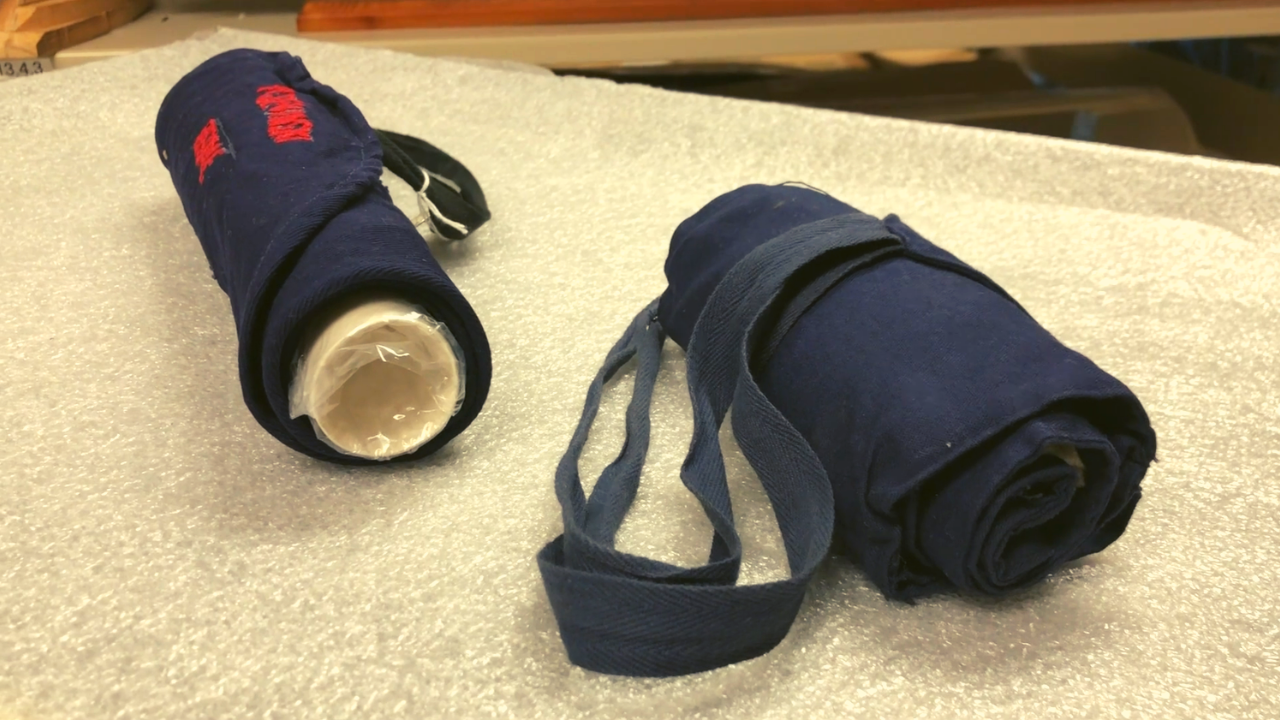 Two incredibly practical pieces of issued kit from two different sailors are before me. Both were initially catalogued under a single descriptor: a housewife. What could they be?
Since the 18th century a servicemembers small roll-Out sewing kit has been colloquially called a housewife or hussif. You have needles, buttons, thread, maybe some patches, darning wool to darn your socks—everything you could need in the field to repair your own clothing. It rolls up to save on space. Sewing was an incredibly important skill for sailors and mariners. I’ll show you one example of how to practice—embroidering your name in red on all your kit. This object is definitely meant to roll up, and was also labelled a housewife, but it’s actually a toiletry kit. But look at the beautiful embroidery, spelling out K. Sevinski and a service number. After doing all that, a little light repair to your shirts and more would be quick work.

Darn It!is on now at the Maritime Museum of BC–get deep into maritime making and mending, and pick up a new hobby…or three!