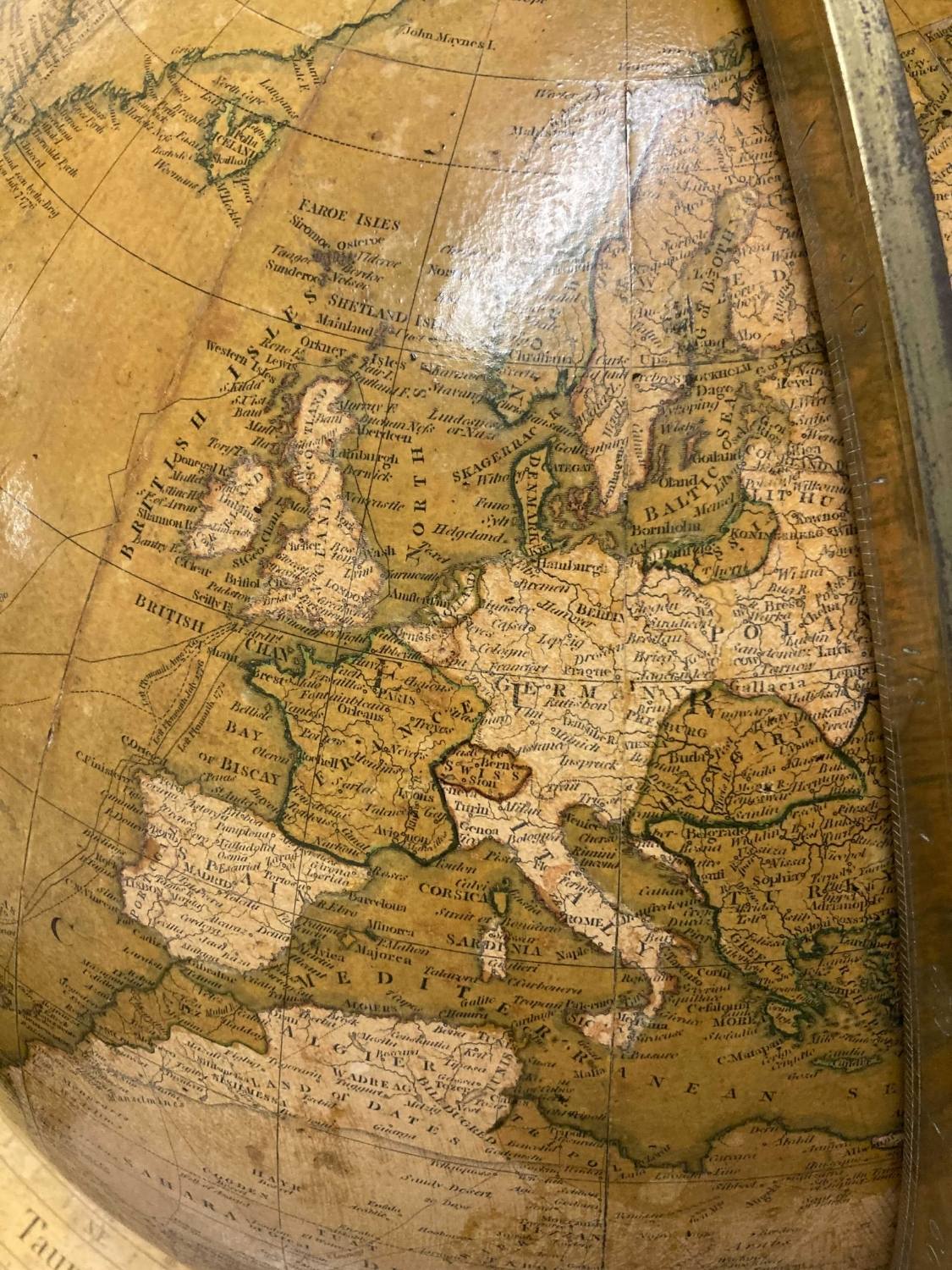 This is a beautifully detailed globe from 1807, which was made for the Royal Society in London and dedicated to Sir Joseph Banks, its president. Banks was a botanist on Captain Cook’s first voyage, and we can actually see Cook’s journeys charted on this globe.

Captain Cook named several places after Banks, such as the Banks Peninsula in New Zealand and Botany Bay near Sydney.

Saying this, it is important to remember that the plants that Banks described had already been used for thousands of years before the Endeavour arrived. For example, Indigenous Australians used the cones of the Banksia flower genus as firestarters, and the nectar of the flowers was an important source of sugar.

Closer to home, we see that Vancouver Island is labelled as “Wakash Nation”. Now of course, there is more than one Indigenous nation on Vancouver Island, but the word Wakashan lives on as the name of a language family which includes 7 languages such as Kwak̓wala (Kwak’wala) and Nuučaan̓uł (Nuu-chah-nulth).

We also see that the strait of Juan de Fuca is labelled as a “supposed strait”, as it was not yet charted by Europeans at the time. The other label we can see in Western Canada is the “Stony Mountains”, which we know today as the Rockies.