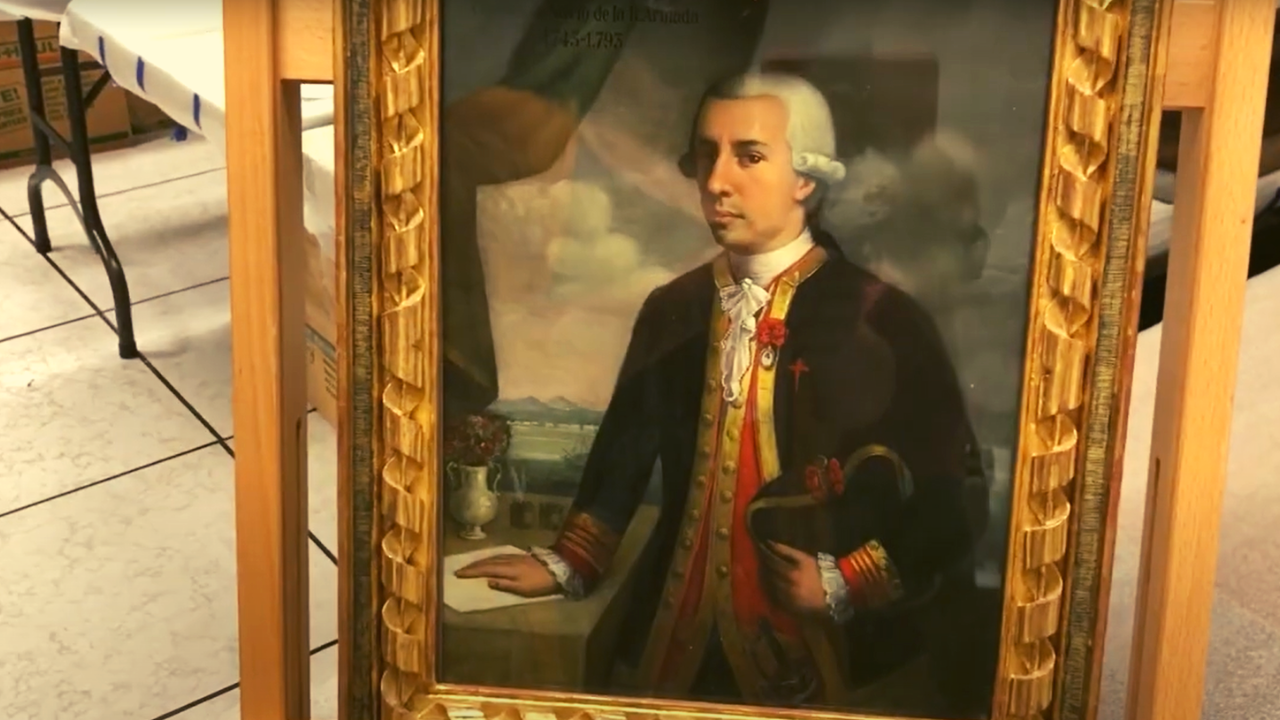 This oil painting is of Juan Francisco de la Bodega y Quadra. it was painted in 1940 by Julio Garcia Condoy, and was added to the Museum’s collection in 1958. Bodega y Quadra is probably best known for his encounters with Captain George Vancouver in 1792, when the two men renamed Vancouver Island Quadra’s and Vancouver’s Island after the two explorers. Later, that was shortened just to Vancouver Island. But Quadra’s name is still found around the region in the naming of Quadra Island, which was named in 1905. It is the territory of the We-Wai-Kai Nation.