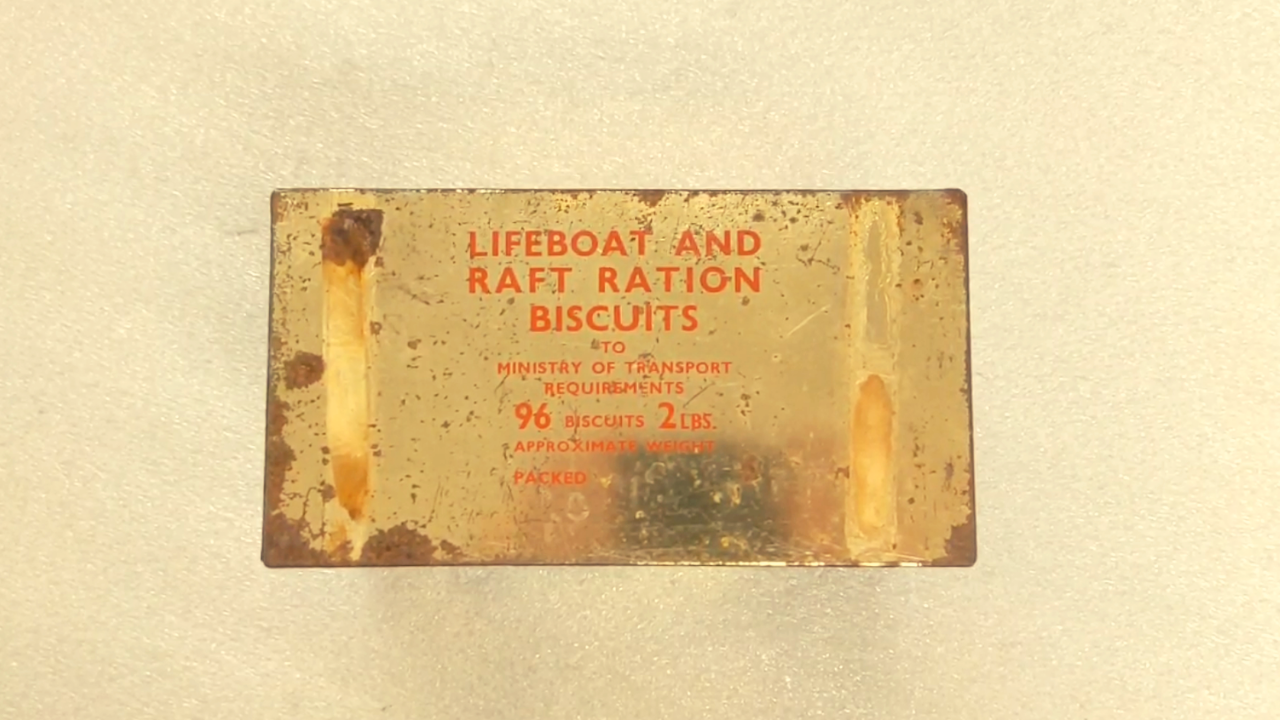 Picture this: you’re on a life boat, just launched. The ship you were on has sunk, and you now must wait to be rescued on the high seas. What do you have in your life boat to sustain you while you wait? On minesweeper HMCS Oshawa, these sealed metal boxes of lifeboat and raft ration biscuits were packed on lifeboats in case of an emergency. The box is labelled that there are 96 biscuits in there, and it weighs 2 lbs. 2 lbs of biscuits–you might be thinking mmm delicious! But these might not be the kind of biscuits you would expect. In the cataloguing record, it states that the biscuits are likely hard tack. Made from flour, salt and a little water, hard tack is very dry, very dense, and as the name suggests, very hard to bite into. It’s long been a food staple at sea because it is inexpensive and lasts forever, but to eat it, you usually soften it up in soup or tea. HMCS Oshawa, built in 1943 and eventually converted for oceanographic research, was broken up at Victoria in 1966–we have these rations because they luckily were not needed while she was in service.