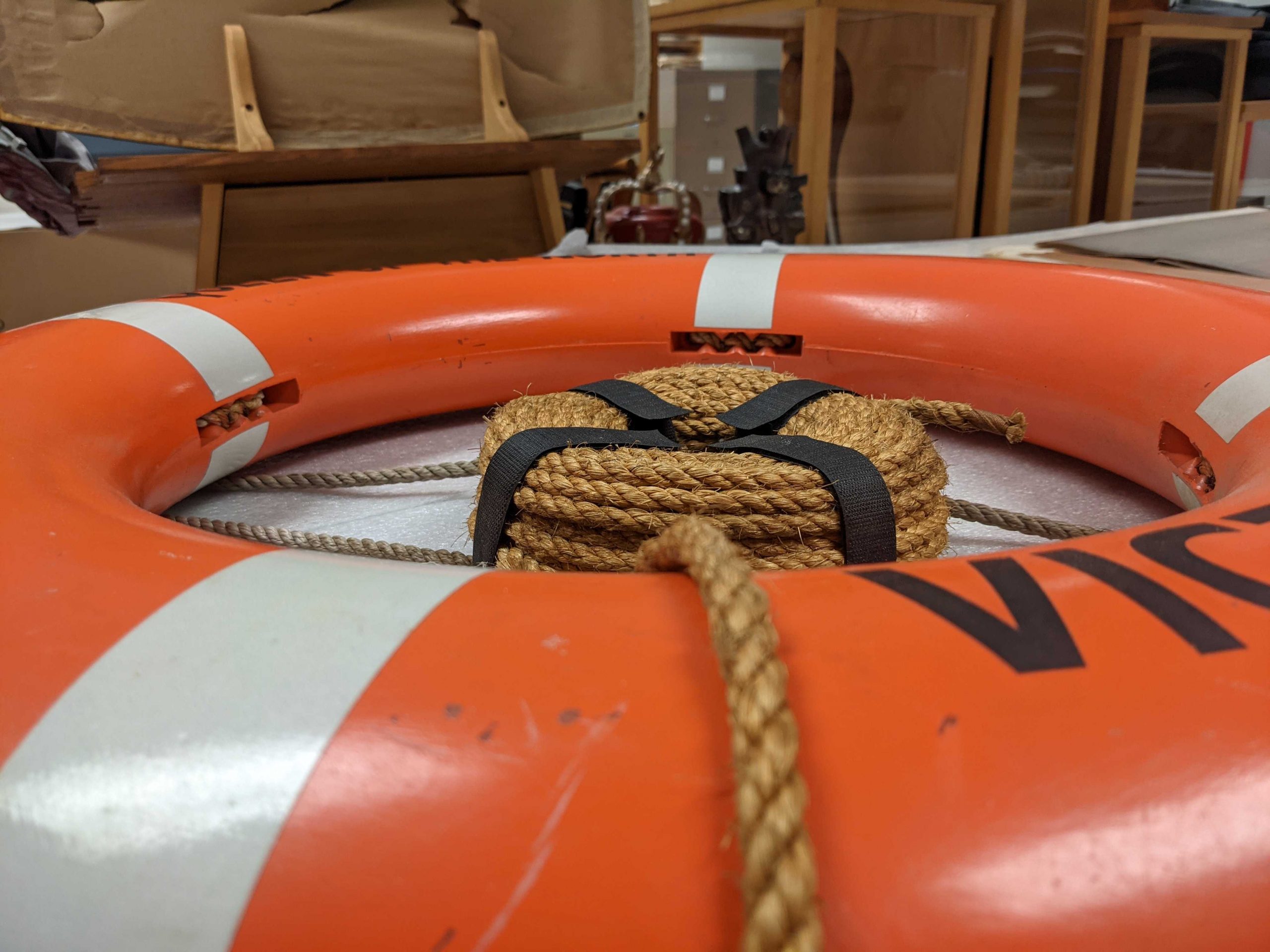 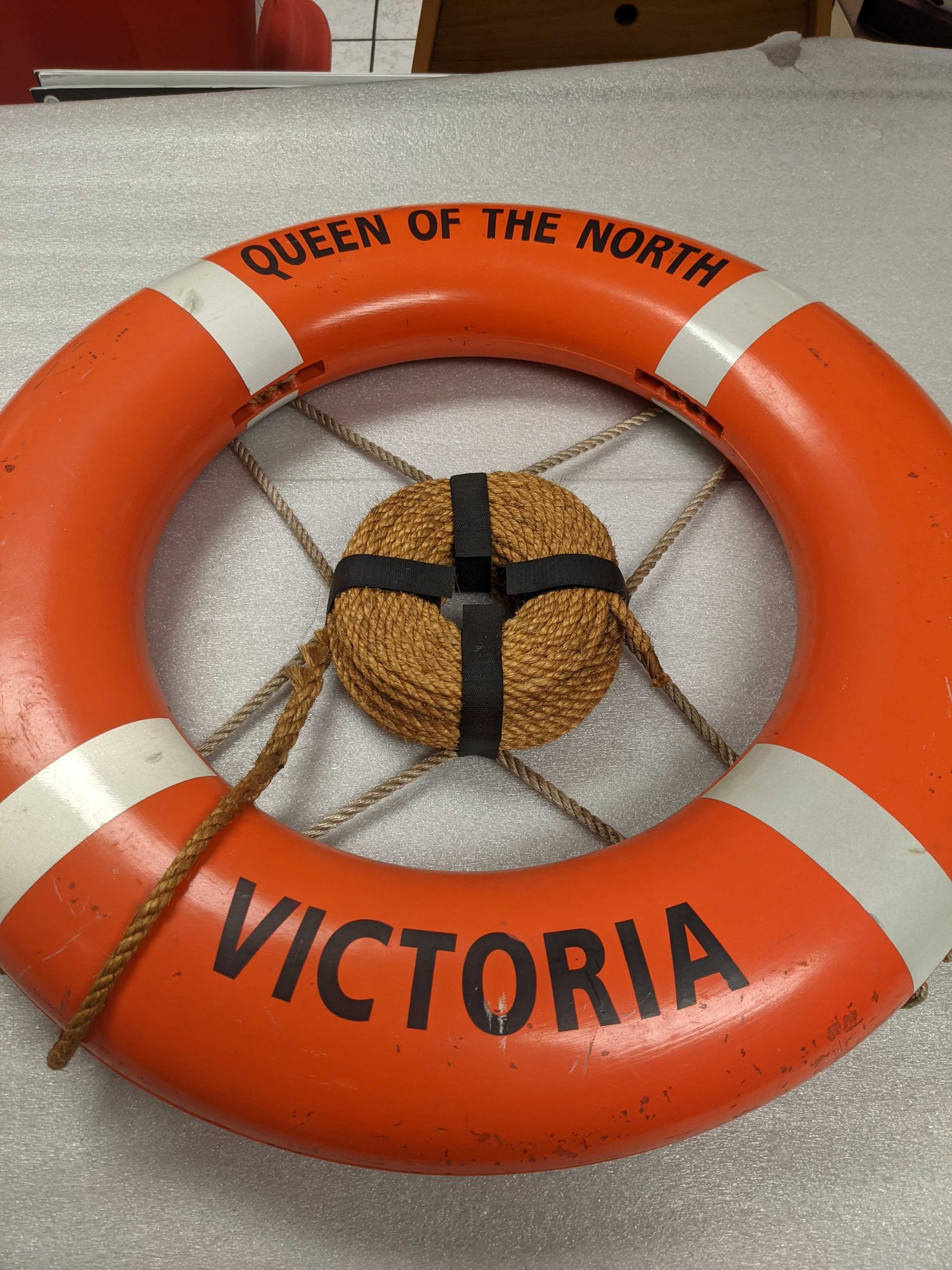 This life preserver is not from the actual wreck of the Queen of the North. It was donated by BC Ferries likely earlier in Queen of the North’s career. She ran aground and sank in 2006 on Gil Island in Wright Sound, near a small Gitga’at First Nation community called Hartley Bay south of Prince Rupert. The life preserver is an enduring symbol of safety at sea, for crew and passengers alike. The story of the sinking has an enduring impact on Hartley Bay. It was determined that human error resulted in the ship heading straight towards land instead of making a planned course change. A bit past midnight, passengers and crew had to flee onto lifeboats and wait for help to arrive as the Queen of the North slipped below the water’s surface. When community members in Hartley Bay heard the call for help, they responded immediately before even the Coast Guard could arrive, using their own fishing boats as rescue boats and preparing food, shelter, and warm clothes in Hartley Bay to welcome those rescued. Out of 101 people aboard, all but two passengers were rescued; two people were never found. And the Queen of the North remains underwater. As her structure degrades, the risk of oil and fuel leaks is very present. She carried 225,000 litres of diesel fuel and 15,000 litres of light oil. Gitk’a’ata are Tsimshian peoples, and their ocean stewardship and their seasonal food production have always included harvesting resources from the waters now threatened by the wreck. Safety at sea is not just lifeboats and life preservers, it is also dealing with the longterm environmental effects of shipwrecks.