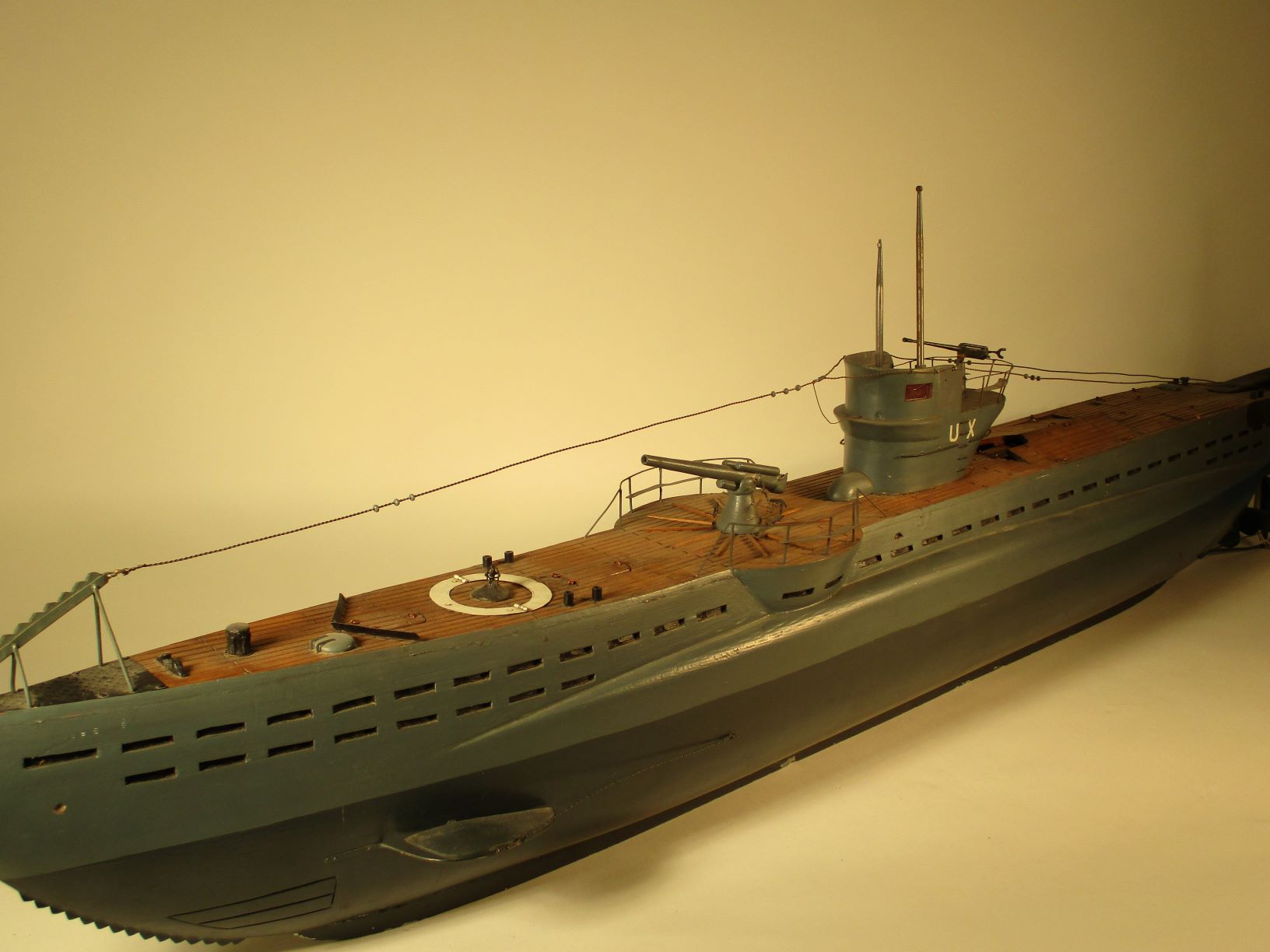 Most stories from the collection would stay unknown if it were not for the role of researchers. This was the case when a researcher contacted staff regarding a Prisoner of War Ship Model, donated by his father. The ship model originates from Kenora, Ontario, where a logging camp had been outfitted as a POW camp during the Second World War, and the researcher’s grandfather had worked as a foreman. The German POW’s often had plenty of time on their hands, where they could focus on their craft, even selling their wares to their captors. From a Nazi soldier, the foreman bought this model a German U-boat. The model is not a replica of any specific vessel, but rather an artistic rendering of the Kriegsmarine. The foreman recollected that the prisoner would craft models from leftover scraps of wood and metal.

The tradition of POW Ship Models dates back, at least, to the Napoleonic Wars when captured French forces would spend their days working, gambling, and creating. This coincided with greater rights and freedoms concerning the humanity of prisoners, particularly those captured in combat. However, it was not until the Geneva Conventions that these liberties were afforded to lower class prisoners. These soldiers would craft intricate bone ship models from what they had available: animal bones from their rations, and often human hair for the rigging. These models are typically crafted from recollection, as no plans were available, so they are typically an inaccurate representation of the vessels.

The Maritime Museum of BC has a handful of POW models in its collection, however, some have more questionable provenance than others do. As the POW camps did not keep records of these crafts, the artists’ names are lost to time. We have to rely on the oral history provided by the donor, to trace the lineage of this object.