Tales from the 2SLGBTQ+ Community

The Maritime Museum of BC is preparing for a new exhibit called “Queer at Sea: Tales from the 2SLGBTQ+ Community”. This exhibit will be open to the public 17 May 2022 and run for the duration of the summer.

Queer and trans communities have long been a part of BC’s maritime history and culture. It is the goal of this exhibit to showcase those histories and culture, celebrate the roles and contributions queer, trans, and two-spirit people have made to BC’s maritime sectors, and to acknowledge work that remains to eliminate discrimination against the 2SLGBTQ+ community in the marine sectors.

The Maritime Museum of BC had many discussions internally and with members from 2SLGBTQ+ communities about the title. We recognize that not everyone identifies as queer, and that the word carries negative connotations for some. The Museum decided after these discussions that the word was as close to inclusive as we could get, and hope that most people will feel a connection to the 2SLGBTQ+ acronym.

What we are looking for

The exhibit will feature these stories as the main part of the exhibit. Stories can be shared in any of the following ways, at the discretion of those sharing them: 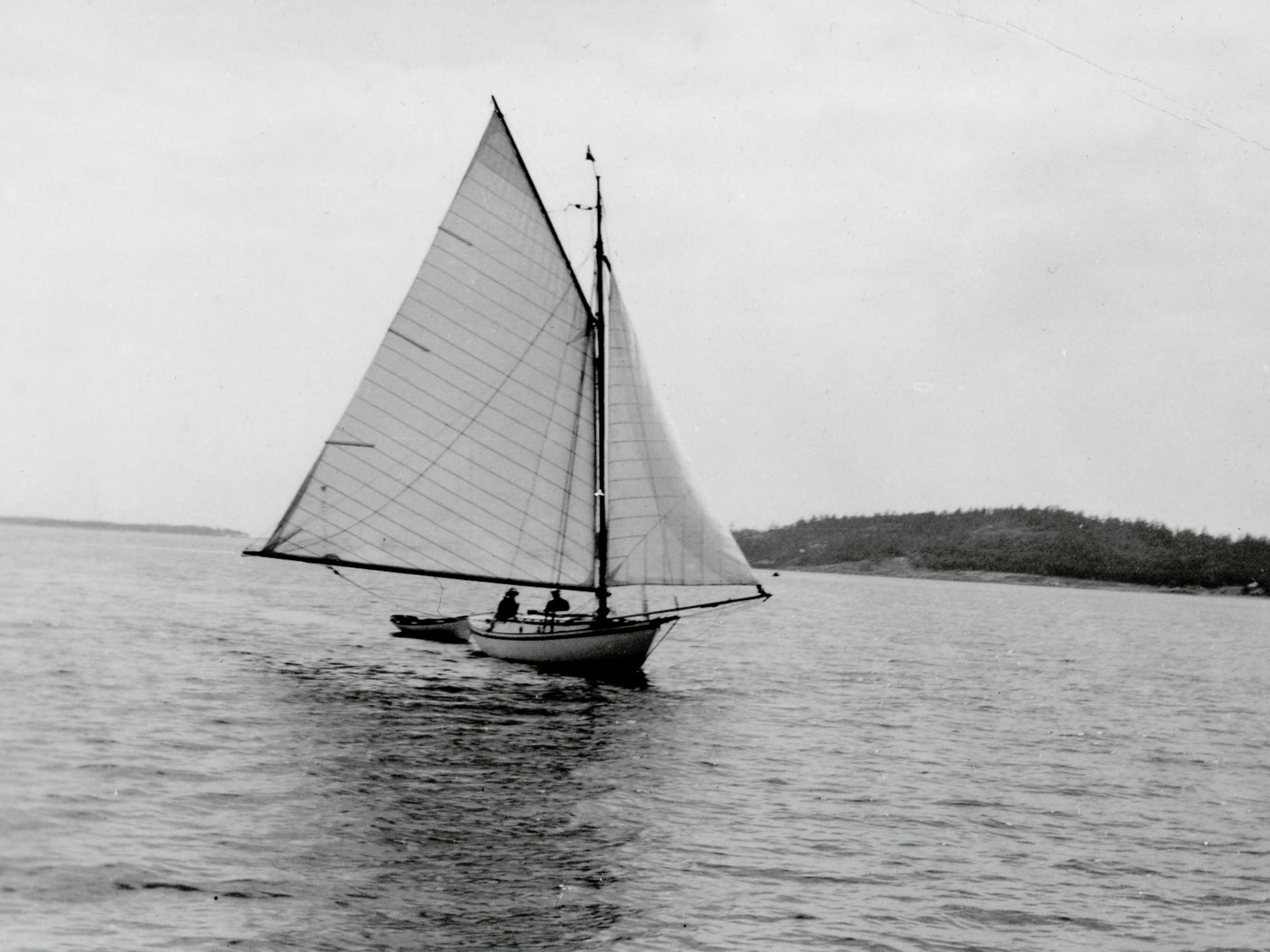 Thank you to everyone who has contributed their story to the exhibit! The deadline for contributions has closed, but if you have any questions about the exhibit, please feel free to connect with Brittany Vis, Executive Director, at bvis@mmbc.bc.ca or 250-385-4222 ext. 106.

The Maritime Museum of BC will research and write the overarching narrative which submitted stories will be presented in. Once this narrative is crafted, everyone who has submitted a story will have the opportunity to review and provide feedback if they wish. At this time, contributors will also have the option of withdrawing their story. It is our intention that all contributors feel comfortable with how their story will be shared and presented with the public, and we will continue to work with you after you have submitted your story to make this happen.

If you have any questions at any time, do not hesitate to be in touch with us.

Thank you to everyone who submitted to our post card art contest! We have selected and announced our winners, which are listed below. You will soon be able to buy these post cards in our gift shop and you’ll see them as a featured, interactive part of the exhibit itself! 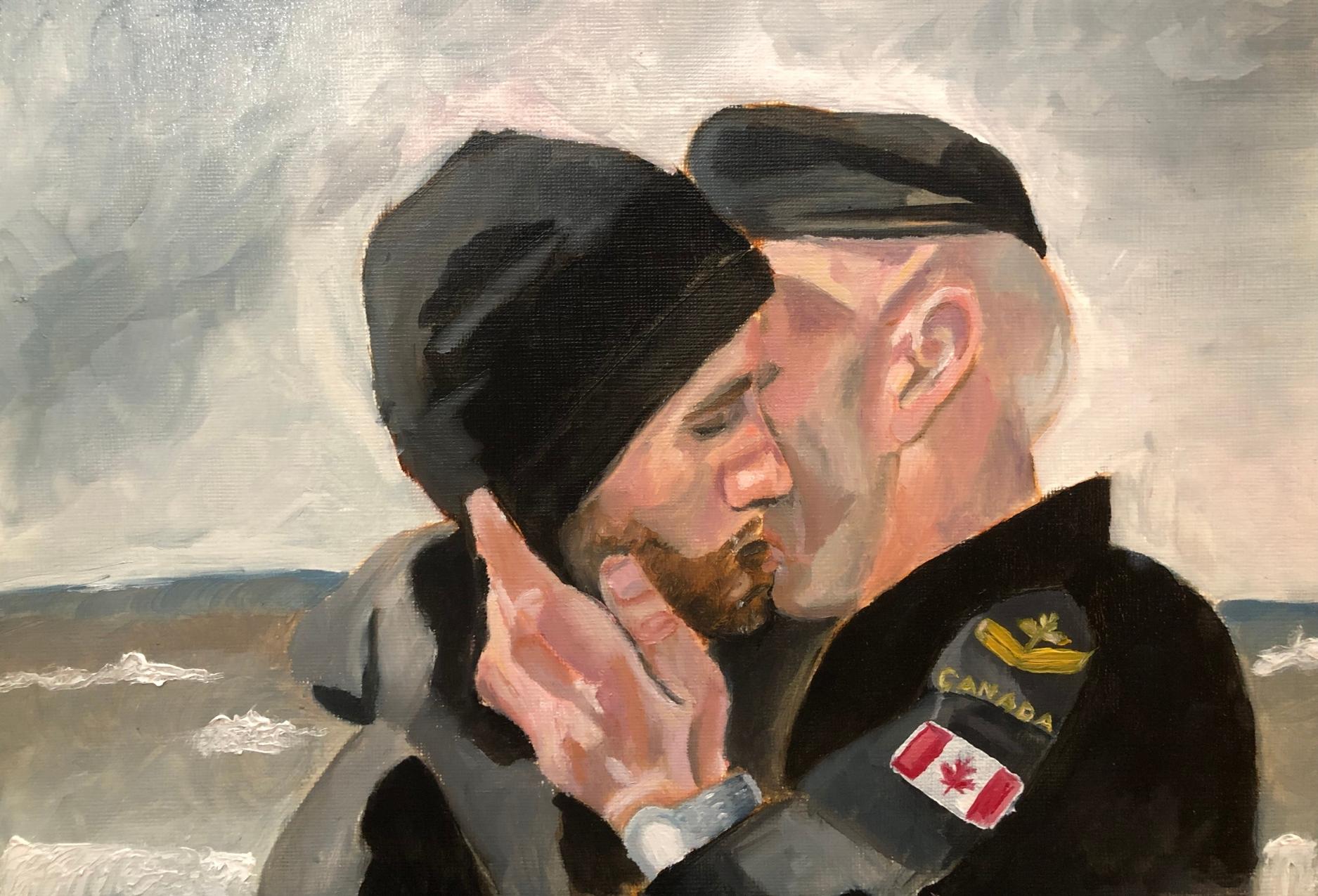 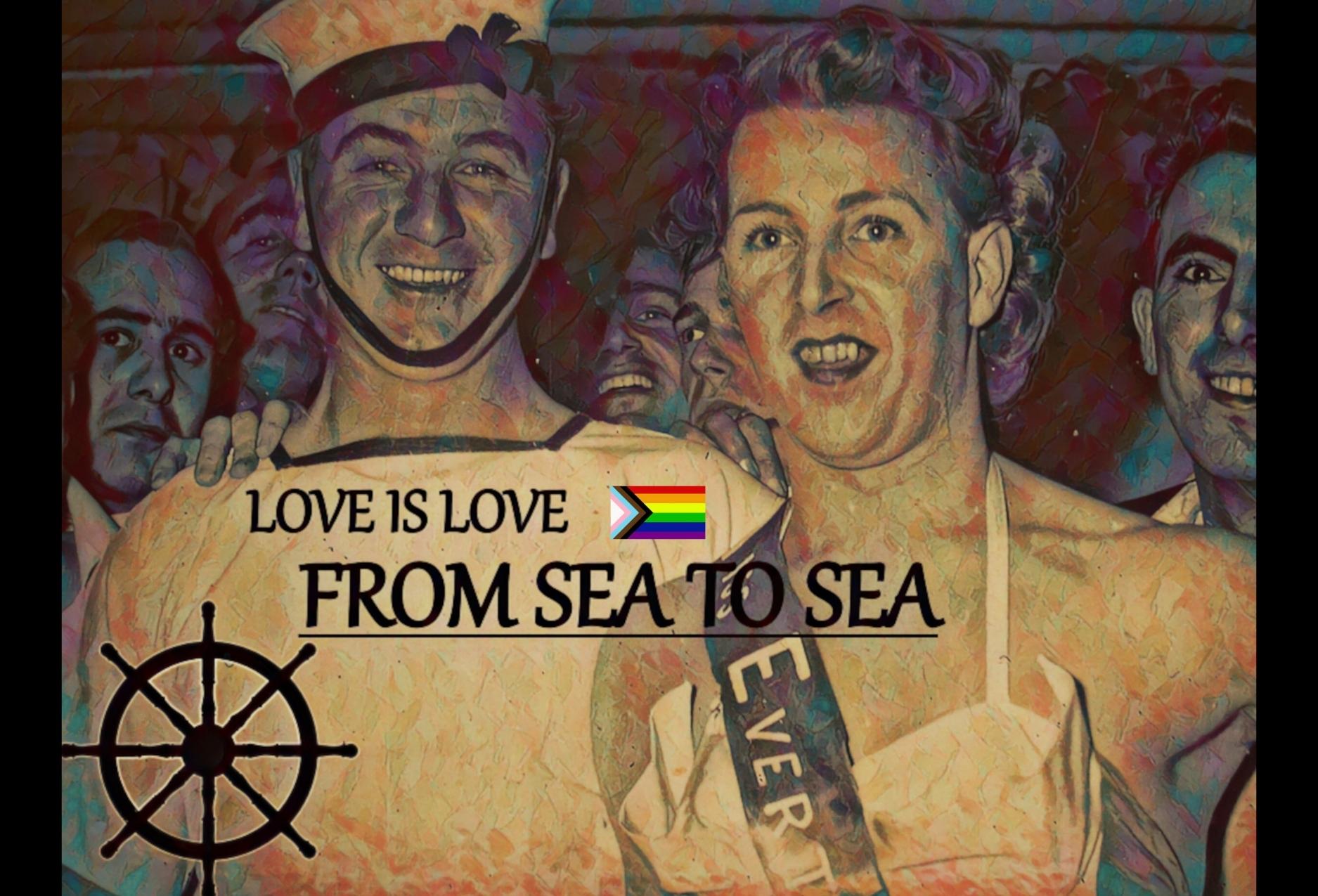 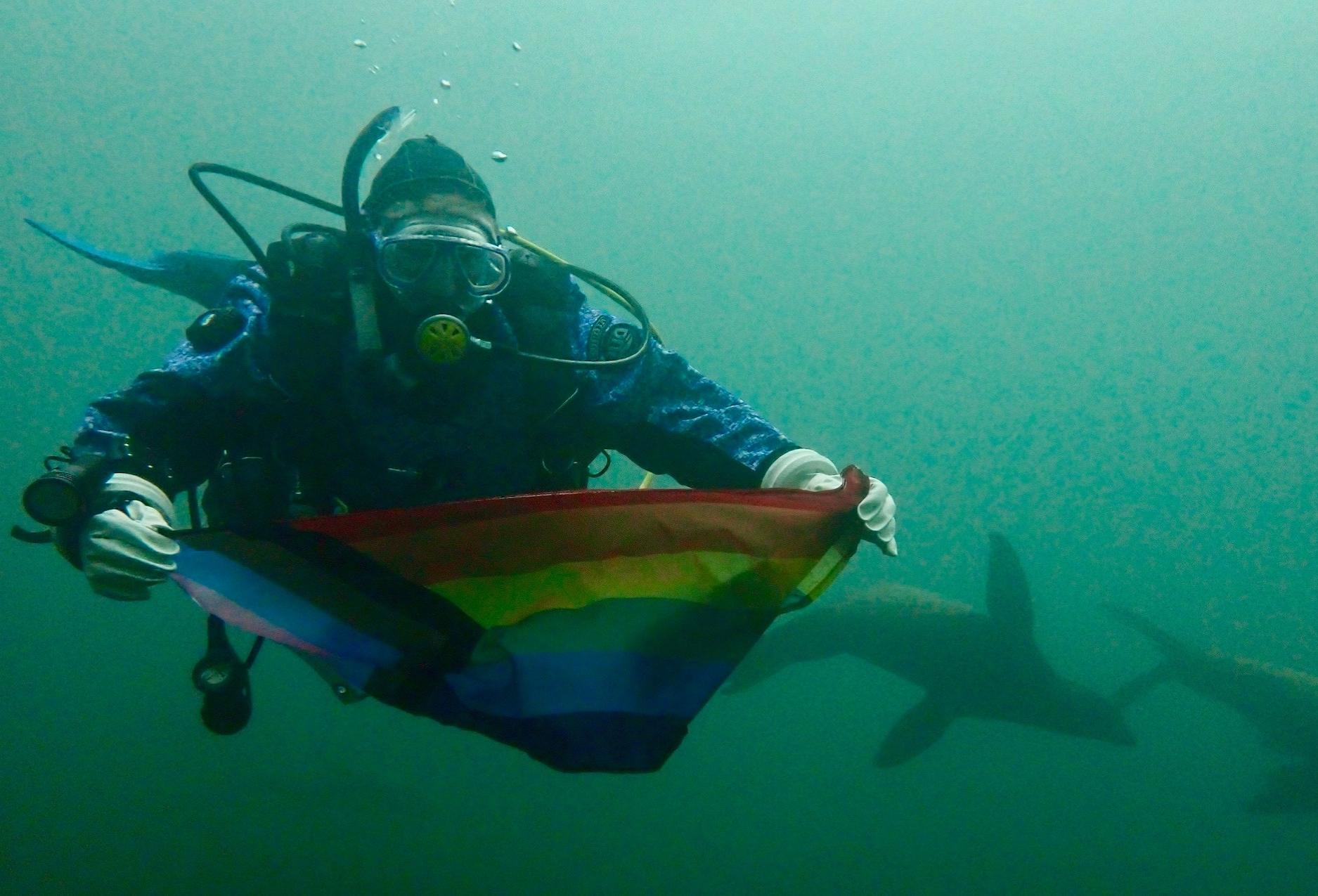 The work depicts Master Seaman Francis Legare’s famous kiss with his partner Corey after the docking of the HMCS Winnipeg right here in Victoria. The colours and paint strokes bring to light the passion of the sacrosanct moment; using water soluble oils which lend neatly to a romantic and fluid scene. They have also been transposed onto a smooth and steady Victoria shore to bring to light the intimate nature of this moment.

This artwork is in commemoration of all of the 2SLGBTQ+ sailors, past and present. I am a minority in my digital art class, and I have made a rendition of an old photograph my foster dad gave me from what we think is the RMS Queen Elizabeth. My foster dad’s father use to teach him all about the gay communities in the navy, as well as all the beautiful gay and trans openness that was happening at the time. It was common to have openly gay stewards, and if somebody was homophobic they would switch from the ship because they’d know that they would be off kilter with everybody else. I think that makes this a very powerful picture.

I’ve been a queer, non-binary scuba diver enjoying the cold, nutrient-rich waters around Nanaimo for the last 12 years. I dive as a meditative practice, and for fun. I also help document marine life for citizen science initiatives and for organizations like iNaturalist, REEF, and the Vancouver Aquarium. I’ve never hidden who I am from my fellow divers (or the sea lions!), but this contest inspired me to take a Pride flag underwater to merge two aspects of my identity through photo.