The Maritime Museum SS Beaver Medal for Maritime Excellence recognizes individuals who have made outstanding contributions to the marine sector in our Province. These attainments may include-but are not limited to- science, technology, business, applications of maritime skills and academic contributions. Up to three candidates nominated by the public are selected each year through a rigorous screening process. An organization or ship is also unusually granted an award.  The awards are selected by a blue-ribbon panel of representatives involved in various aspects of BC’s maritime interests.

SS Beaver –the first steam-powered vessel on the west coast of North America- operated up and down the BC Coast for 52 years. Built for the Hudson’s Bay Company on the Thames, she functioned as a floating trading post and coastal freighter. The Royal Navy had a constant presence in the coast starting in the 1840s and it was its hydrographic work which opened up BC for shipping. Beaver was chartered by the RN as a survey ship for 8 years.  At the end of her career this pioneering vessel was sold by the Hudson’s Bay Company and used as a towboat.

The gold-plated medals are cast from materials salvaged from the wreck of the ship after she grounded on Siwash Rock outside Vancouver in 1888. 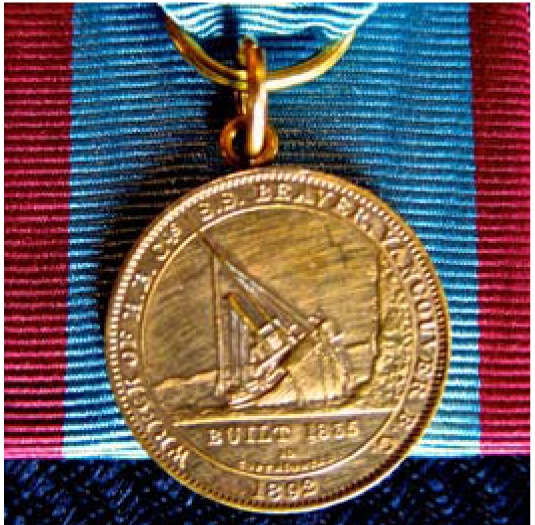 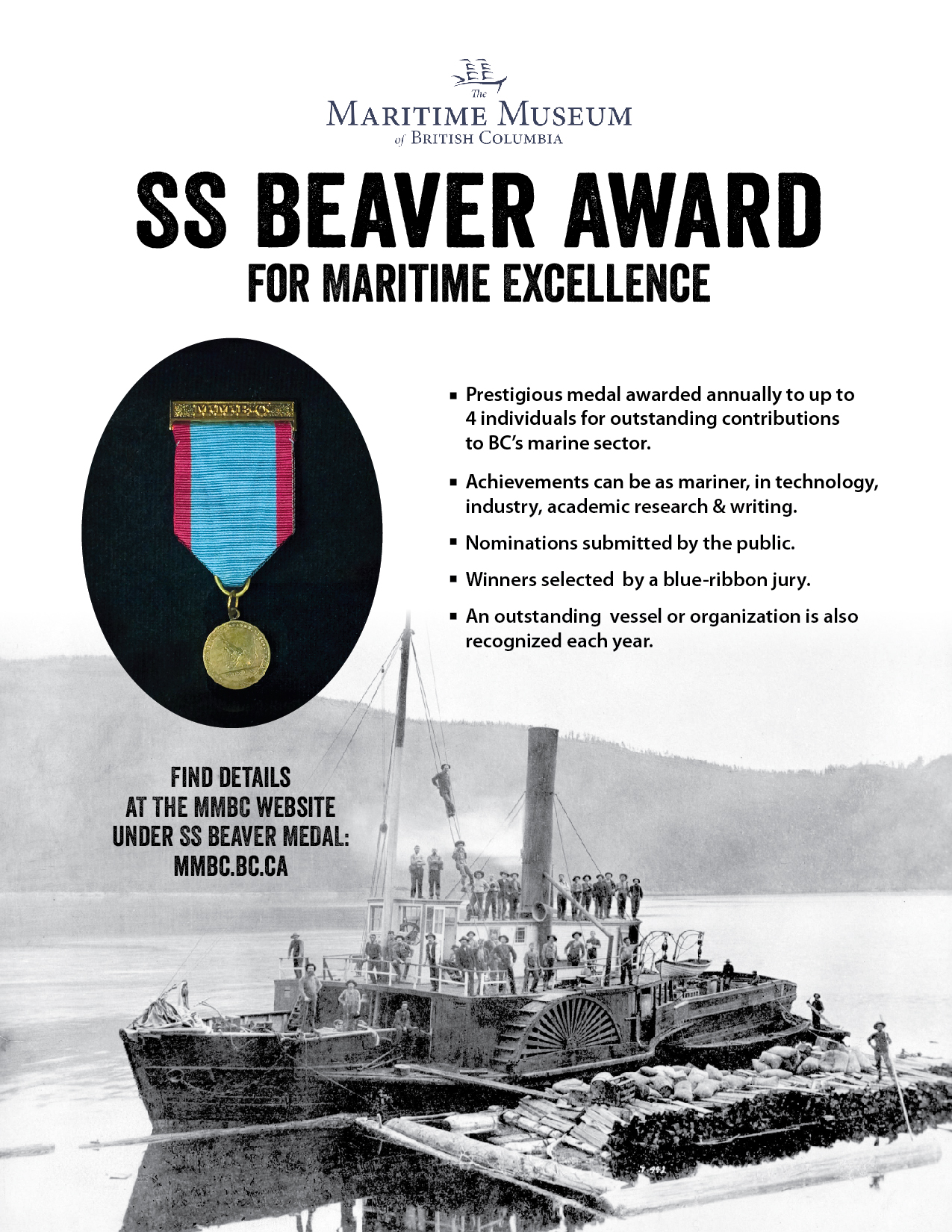 To submit a nomination, please complete the form below and send it to info@mmbc.bc.ca.

The winners of the 2022 SS Beaver Awards are: 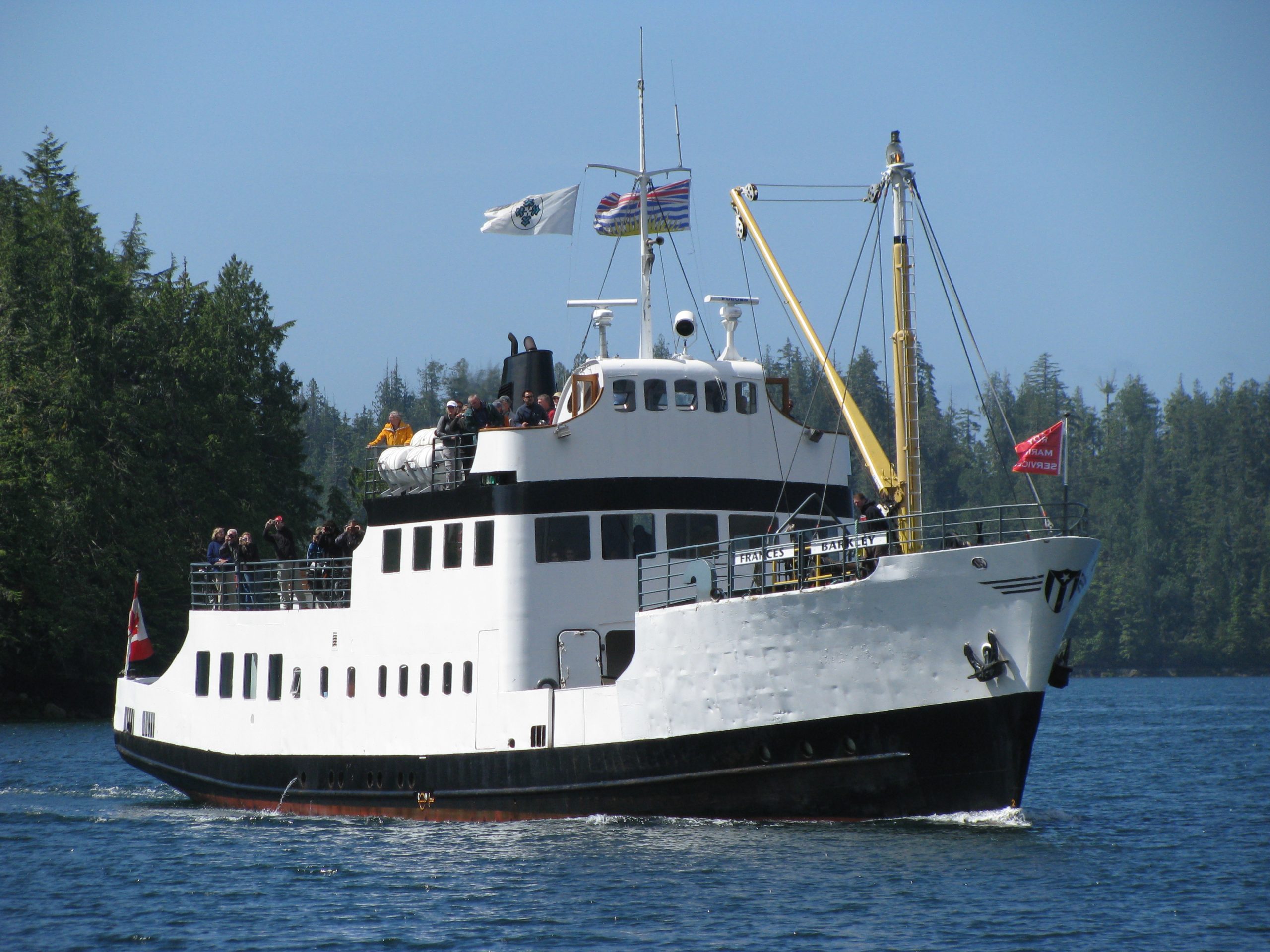 Over the 11 year existence of the MMBC SS Beaver Award there have been 51 recipients ranging from boat builders to naval architects to entrepreneurs to marine historians and artists to Arctic navigators.

The winners of the 2021 SS Beaver Awards are:

Inspector Kenneth Burton RCMP (Ret’ d) for community service and leadership in RCMP Marine Search and Rescue, contributions to BC’s maritime heritage as Executive Director of the Vancouver Maritime Museum, and for his voyage through the Northwest Passage in RCMP Patrol Vessel Nadon in 2000. 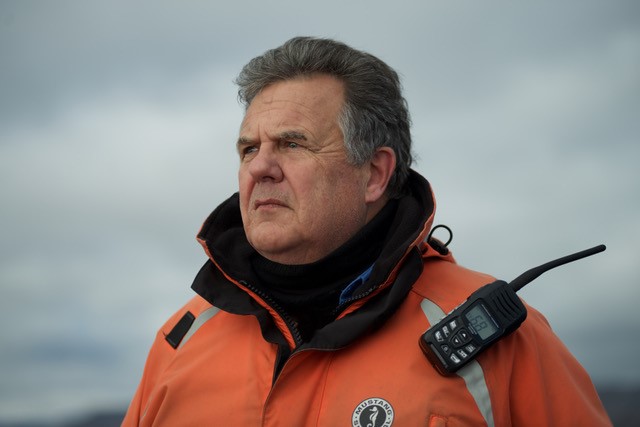 Margaret and Martyn Clark, mariners, for mentorship of British Columbia youth by imparting life skills and knowledge about voyaging under sail. 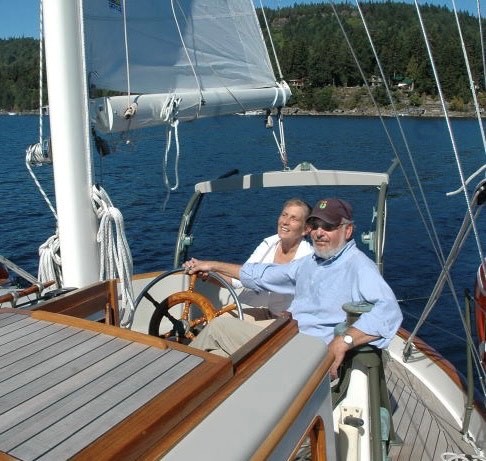 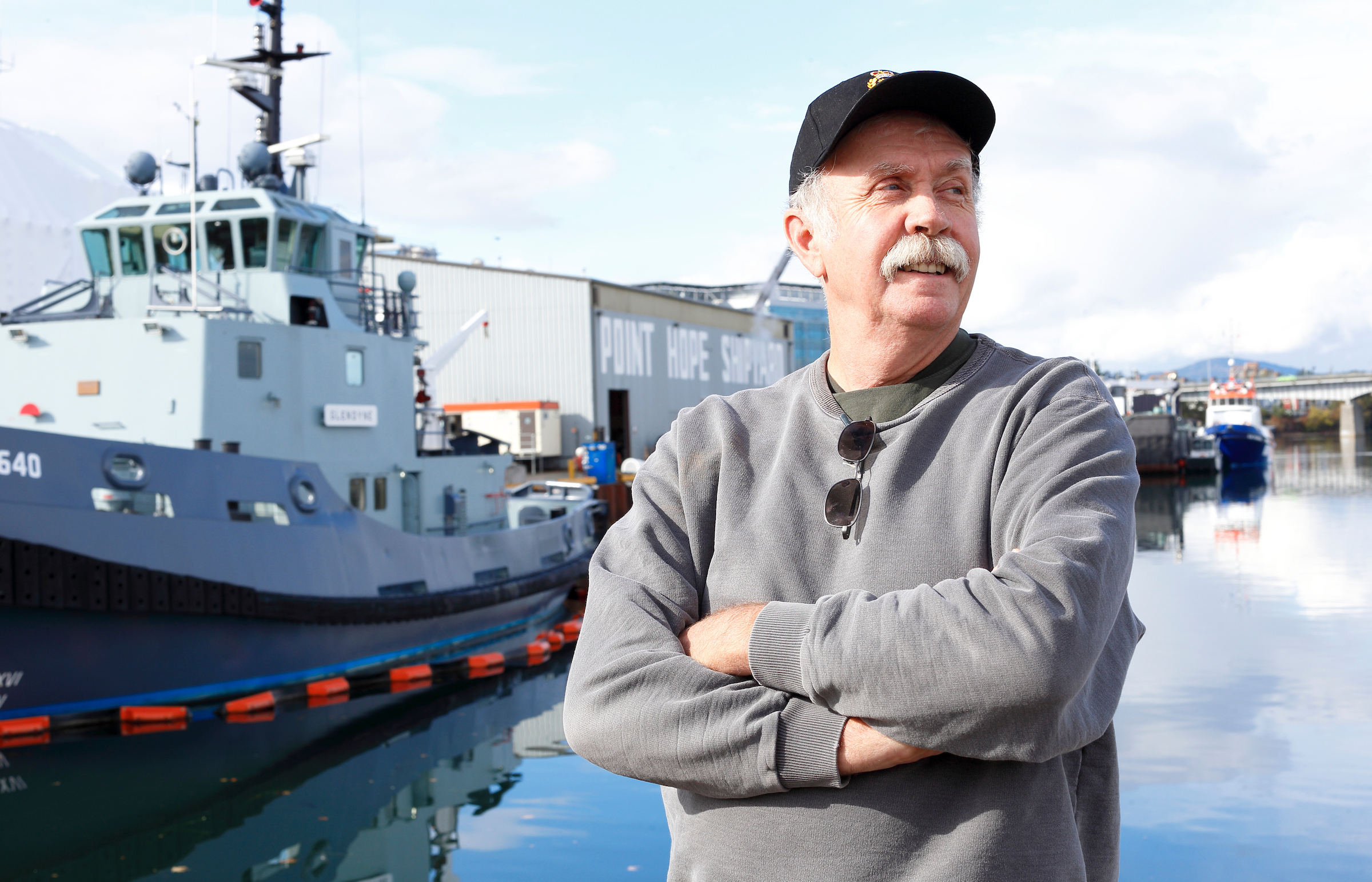 Robert Turner, maritime and land transportation historian, for his decades of documenting our Province’s maritime past and his distinguished work in heritage preservation. 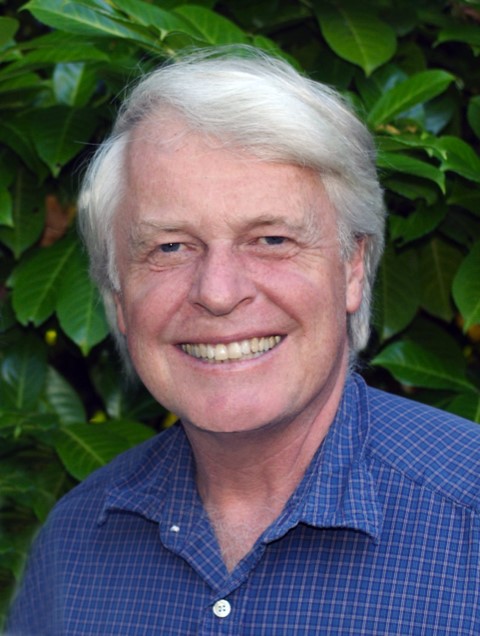 Special award to Allied Shipbuilding Limited of North Vancouver, a shipbuilding institution since 1948 that has produced a variety of vessels including icebreakers, ice-capable supply vessels, fishing vessels, ferries, log barges, tug boats, and patrol craft for the RCMP and Canadian Coast Guard

The winners of the 2020 SS Beaver Awards are:

Gregory Marshall, resident of Saanichton, for the design of large motor yachts for the highly competitive international market. Greg Marshall has been involved in the design of over 400 vessels. 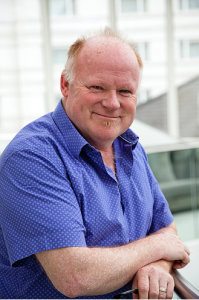 Gordon Miller, resident of Vancouver, for extraordinary contributions to our understanding of seafaring in the past through meticulous depictions of early European voyages to the northwest cast and of the maritime fur trade. 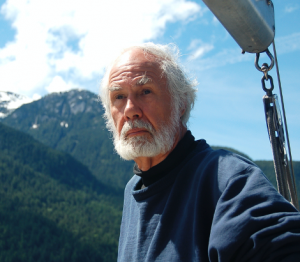 Captain William Noon, resident of Victoria, for his achievements in a 38 year career with the Canadian Coast Guard including several seasons in command of an icebreaker supporting the search for the Franklin expedition ships and for his outstanding volunteer work with Classic Boat Festival in Victoria. 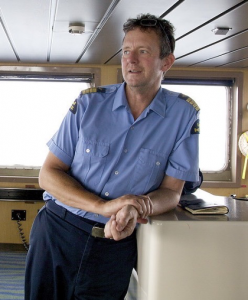 Captain David (Duke) Snider, resident of Saanich, for outstanding achievements in polar navigation including roles in promoting internationally recognized ice navigation qualifications and as the author of a standard polar ice guidebook, and a long career with the Canadian Coast Guard that included command of eight vessels.  Captain Snider’s professional excellence and widespread engagement has exemplified the global outlook and impact of BC mariners. 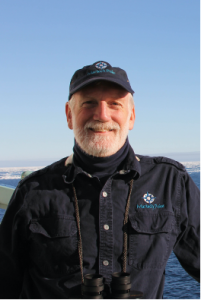 The 2020 Special Category Award is to the Underwater Archaeological Society of BC (UASBC), for promoting underwater archaeology along BC’s coasts and interior by surveying and documenting shipwrecks and First Nations archaeology, publishing books and a quarterly about BC’s marine heritage, teaching international archaeological standards, and cooperating with the Province’s Archaeology Branch. 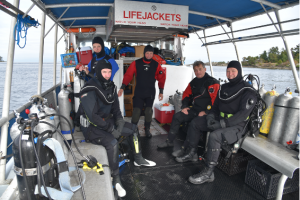 The winner of the 2019 SS Beaver Award were:

Yvette Myers has had a 20-year career in the Coast Guard, serving ten of those years at sea. After holding multiple management positions, including that of Vancouver Harbour Master, she most recently held the post of Executive Director of the $1.5 billion federal government’s Oceans Protection Plan—the first person to serve in this role.

Publisher David Rahn has spent his life in the marine industry, starting as a commercial fisherman. Using his hands-on experience on salt water, he transformed himself into a writer and photographer for commercial fishing publications. Subsequently, he launched Western Mariner, The Magazine of the Coast with his wife Anthea Cameron in 2003. Western Mariner now has the largest circulation among commercial marine publications in Canada. One of the magazine’s hallmarks has been its coverage of BC’s maritime heritage by publishing often overlooked or forgotten aspects of coastal history.

Kenneth Harford, using his mechanical engineering expertise, developed a particular focus on reducing noise and vibration in towboats, with his research resulting in new noise control regulations in the industry. After founding a consulting firm and holding many engineering positions, he moved to Robert Allan Ltd., the renowned naval architecture firm, eventually serving as its president.

Steam tug SS Master of Vancouver won the special industrial Beaver award in 2019. She is the last fully operational wooden-hulled, steam-powered tugboat in North America. Built in False Creek in 1922, the famous tug is still using her original First World War Royal Navy surplus steam engine. She’s managed by the SS Master Society. During the ceremony, Robert Allan presented a $15,000 cheque to Barry Martens, the Society’s president. The Society is raising funds for a major refit for the ship’s centennial (ssmaster.org/). 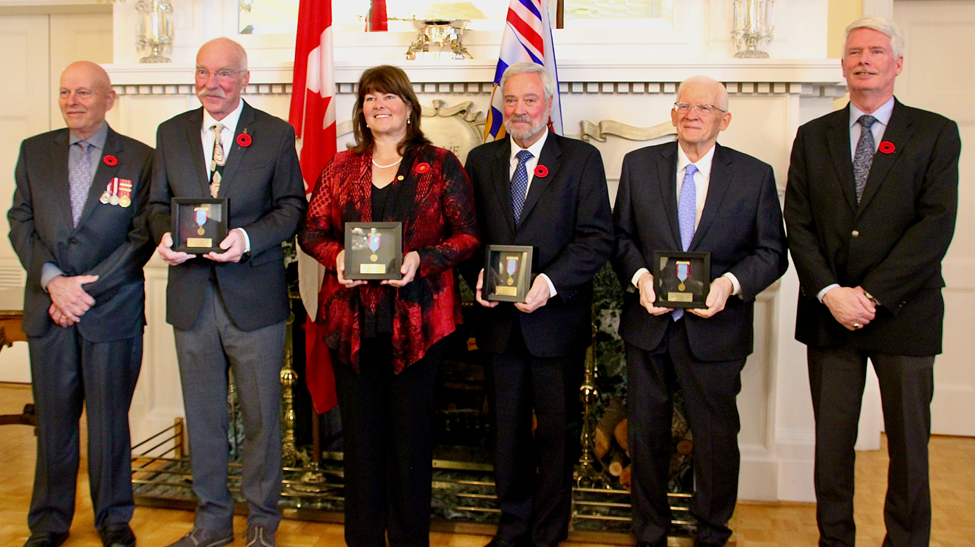 The winner of the 2018 SS Beaver Award were:

Mr. Robin Inglis, former museum and archives curator, internationally recognized as an authority on the maritime history of the northwest coast. Robin Inglis first began working in the Canadian museum field 47 years ago. He established a reputation for willingness to share his vast knowledge with individuals and institutions.  His contributions to scholarship include authoring standard books of reference and articles. Robin Inglis continues his work with the Moachat and Muchalat to obtain World Heritage Status for Yuquot, Nootka Island.

Mr. Donald Krusel, harbour management executive. Don Krusel joined the Port of Prince Rupert in 1987 and became President and Chief Executive Officer in 1992. He successfully led the efforts that transformed an underused resource-export port to a thriving and expanding container terminal and diversifying trade gateway. Under his leadership the Port Authority fostered the involvement of First Nations communities in port-related activities. Since retiring from Prince Rupert Don Krusel has recently been named managing director of a project to build a container terminal for the Port of Quebec.

Mr. John MacFarlane, Curator Emeritus of MMBC, compiler and disseminator of lore about BC maritime heritage. He is the creator and co-director since 2011 of NAUTICAPEDIA, a unique on-line resource with more than 50,000 entries about the mariners and vessels of western Canada and the Arctic. More recently he created the BC Nautical History Facebook page.  John MacFarlane is the author of 14 books including a guide in four volumes about the 5,500 oldest vessels still afloat in BC and many articles.

Ms. Jane McIvor, communications executive, and publisher and editor of BC Shipping News. This is a well-respected magazine founded by Jane McIvor in 2011 that covers the west coast marine industry. It tracks a wide span of issues including business, technological and economic trends, current developments, and regulatory and legal issues. Jane McIvor is passionate about promoting BC’s marine industry and has established a reputation among its members for her knowledge, insight and sense of the industry’s pulse.

The 2018  special award was to the Wahl Family of North Coast Boatbuilders, represented by Mr. Edward Wahl. Three generations of the Wahl family have been involved in building wooden and glass fibre work boats and some recreational vessels on the BC coast boat. Their distinctly styled wooden fishing vessels made a significant contribution to our Province’s fishing and boat building industries. Mr. Edward Wahl is a shipwright and the grandson of the Norwegian immigrant who began building fish boats outside Prince Rupert in 1923. 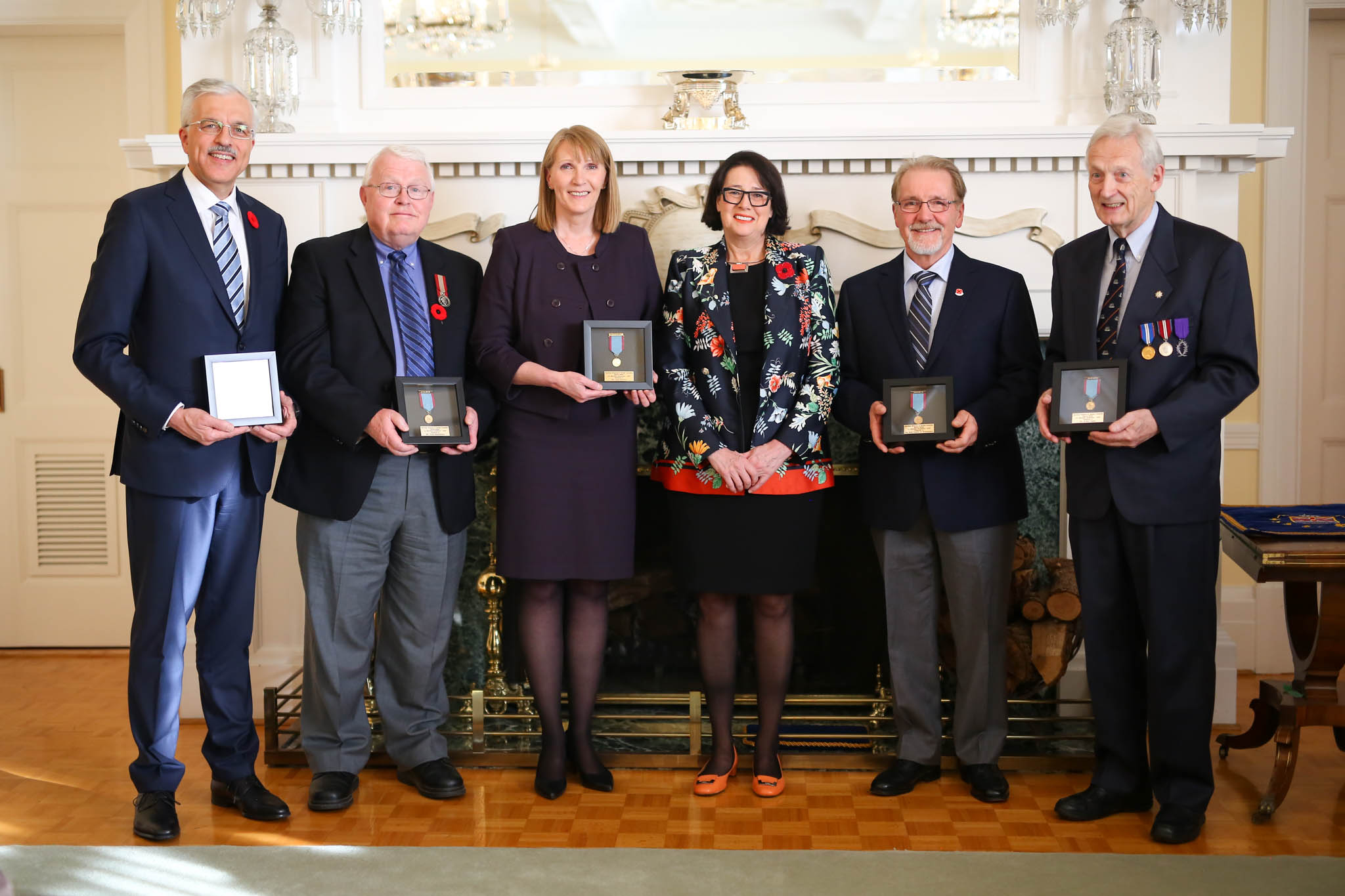 The recipients of the 2017 SS Beaver Award were:

Mr. Barrie Farrell, innovative fish boat builder. When fiberglass became available in the Sixties he was one of the first boat builders to realize its advantages and developed an innovative hull form which suited what the fishing industry required at the time. Mr. Farrell has built over 300 commercial and pleasure boats at various locations on the south coast.

A special award will recognize the Sail life and Training Society (SALTS) of Victoria for its youth sail training and motivational programs. SALTS programs reach 1,700 young people aged 13 to 25 each year and have mentored between 50 and 60 thousand youth afloat since 1974. 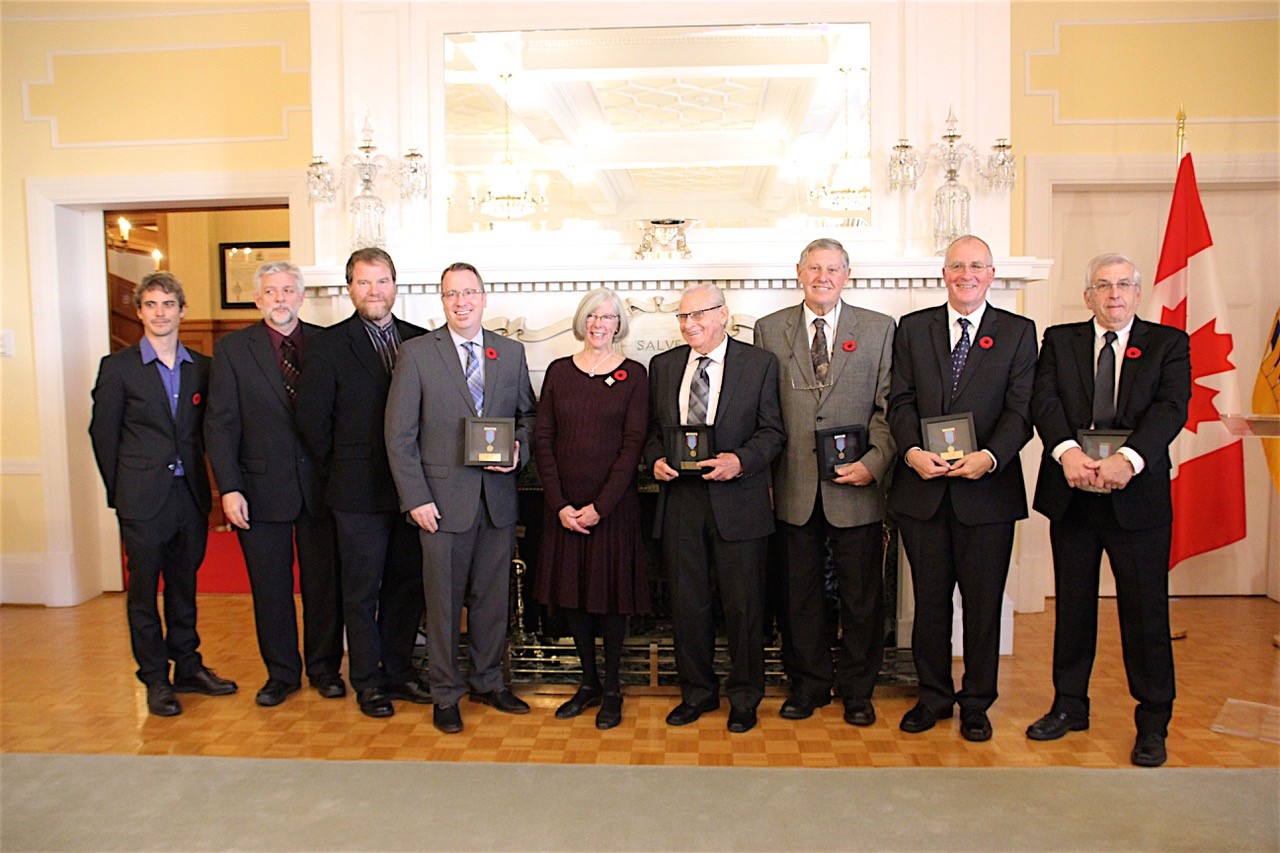 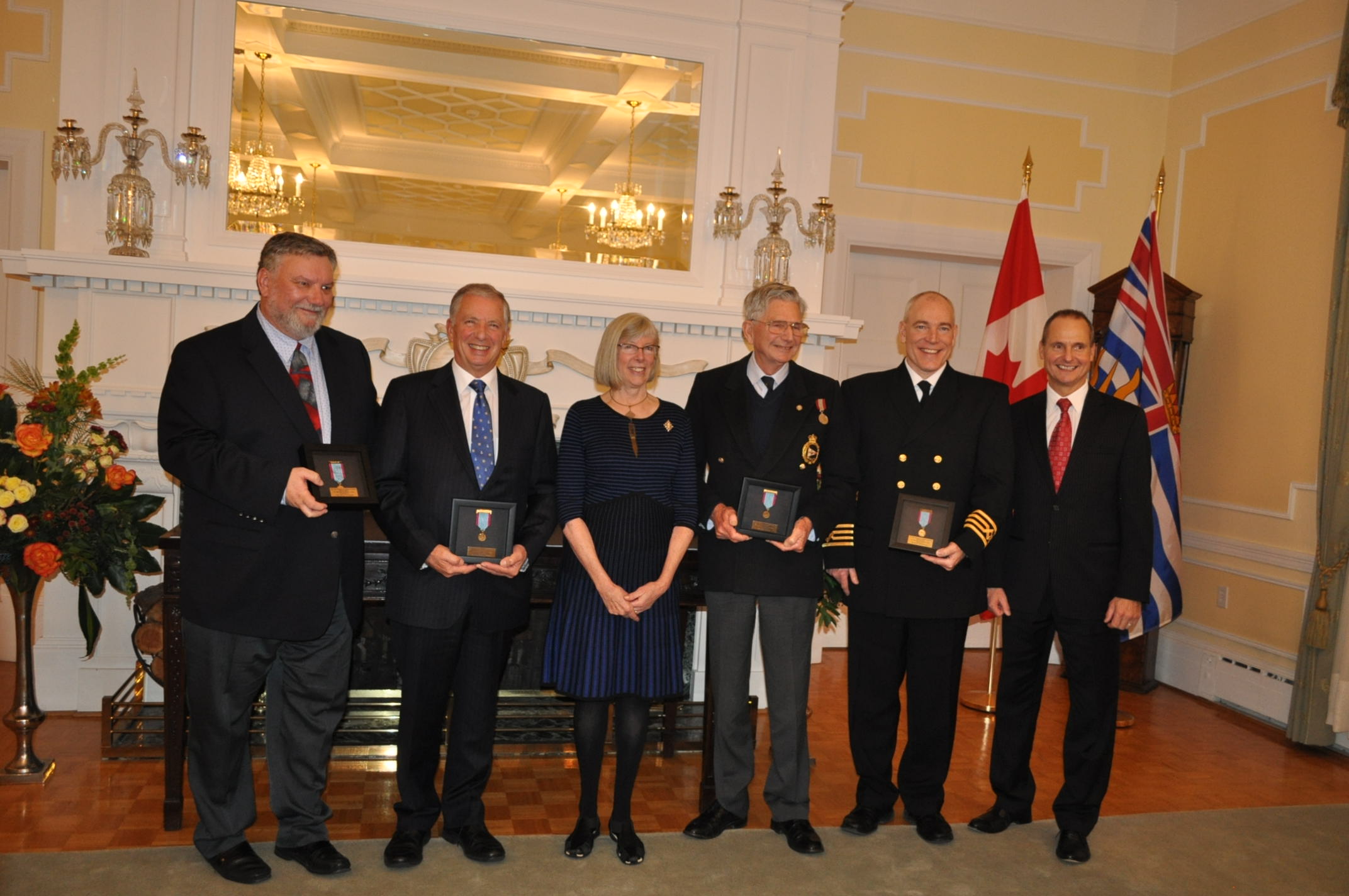 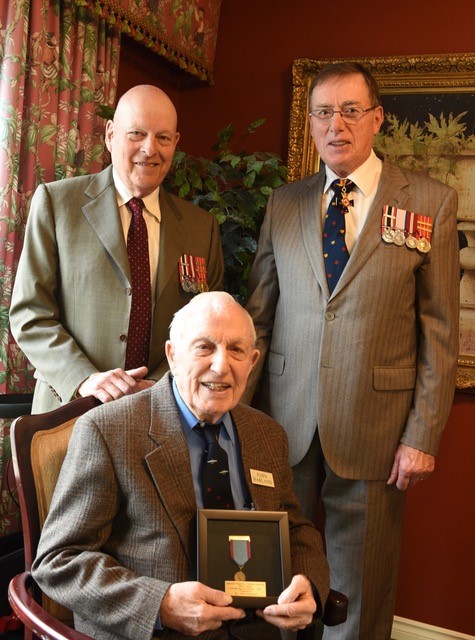 Presentation of the SS Beaver Award to Dr. John Harland in Kelowna, BC on April 12, 2017.

The 2016 recipients of the MMBC SS Beaver Medal for Maritime Excellence were:

A special award recognized BC Ferries for their over five decades of providing essential coastal infrastructure at high operating standards.  Two vessels well known to the travelling public – the Queens of Burnaby and Nanaimo- will be replaced next year by new state of the art vessels after operating for more than fifty years. These pioneering ships helped establish the foundation for today’s very successful service by transforming car ferry operation on the coast.

Congratulations to all winners, and thank you to everyone who submitted a nomination in 2016!

2013 Malcolm Barker, General Manager, Victoria Shipyards; Dr. William Hick, for his close involvement in the dramatic development of the Port of Prince Rupert; Howard White, marine author and publisher; special award to the Thermopylae Club of Victoria for its role in preserving marine heritage.

The awards are normally presented by the Lieutenant Governor, Honorary Patron of the Museum.