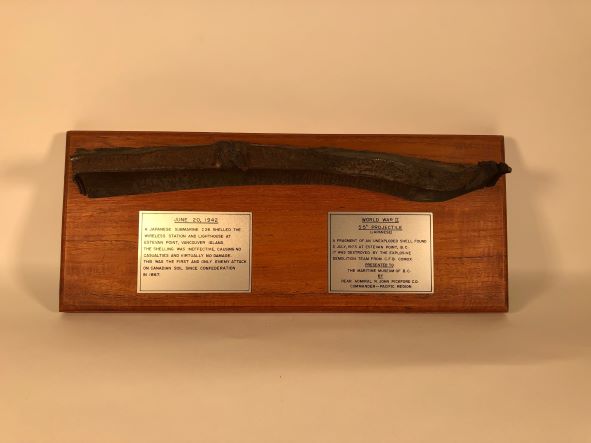 This shell fragment is from the attack on Estevan Lighthouse. The lighthouse came in to service in 1910, and in June 1942 the Japanese submarine, I-26, attacked. Over 20 shells like this one were fired over the course of 40 minutes. Some shells hit nearby buildings. But, neither the lighthouse, nor the wireless station, sustained damage at Estevan Point.

A lot of lighthouse documentation was – and remains – classified, due to the Second World War. What we do know is that this attack brought the war closer to home for Canadians than it had before. The next day, residents of Estevan Point Lighthouse returned unfazed. According to Edward T. Redford, the Chief Wireless Operator, they spent the following day souvenir hunting.