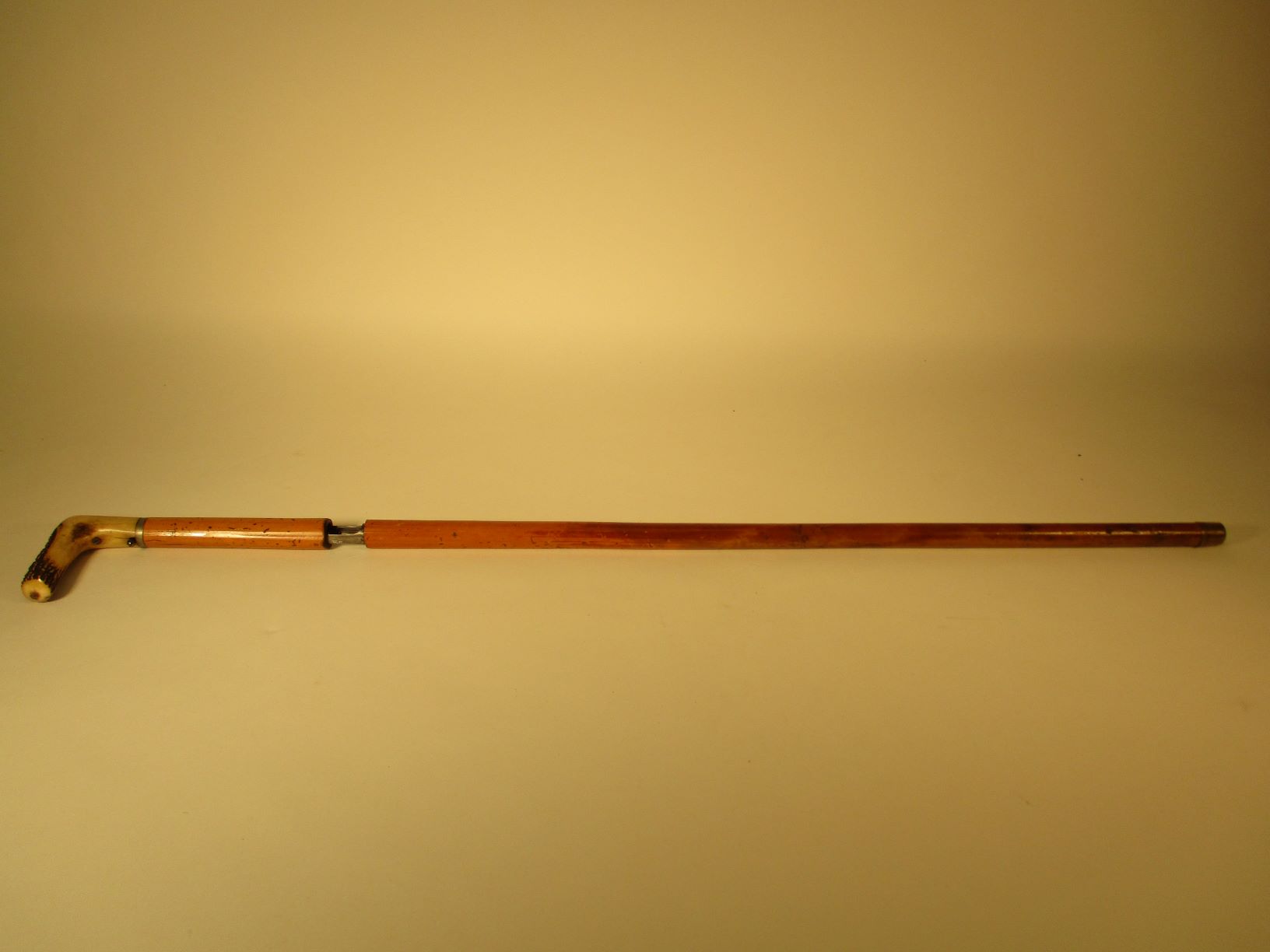 This object might make you think you’re in a James Bond or Sherlock Holmes story. Cane guns were popular, albeit very expensive, status symbols of the wealthy Victorian gentleman. Ordinary walking sticks were fashionable outdoor accessories for upper-class, and rising middle-class western men in 1800’s.

Cane guns mean to look innocuous, but inside hides a deadly weapon. Some, like this French model, are like small caliber weapon or shotgun, where the handle could pop off to load. Others were pneumatic, and loaded as a musket, and fire with air. Although rare, and not common, cane guns were far from the realm of fiction. Models were patented by American, western European, and Japanese weapons manufacturers of the mid-19th century onwards. Cane guns were a very popular fad with the wealthy. 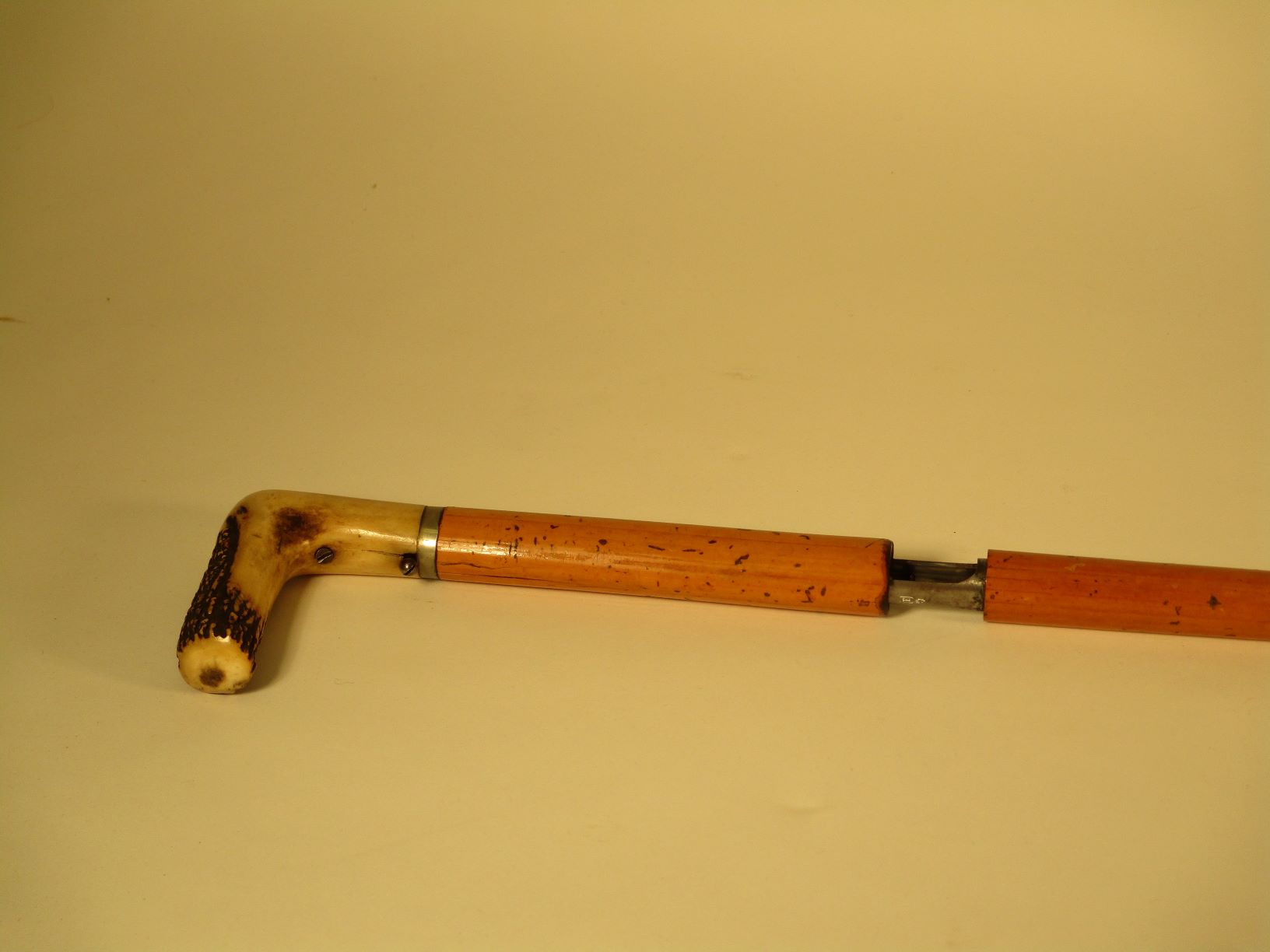